The Roemans started their career as Lanny and the Impressions in the early Sixties. They were signed by two Florida promotors who also took over management of the band. They soon came to the attention of Felton Jarvis, who signed them for a recording contract. Tommy Roe then heard the band and got them to tour the American midwest with him in September 1964. The Midwestern tour was a huge success, so the Roemans toured the Southeast with Tommy Roe in October and went back to the Midwest in December. In January of 1965 they went to the UK and toured with Tommy Roe, Cilla Black, P.J. Proby, Sounds Incorporated, the Fourmost, the Remo Four, and Tommy Quickly, all of which, except Proby, were managed by Brian Epstein. To help things along a little, their recording with Tommy Roe, 'Diane From Manchester Square', was released in England on the day of their arrival. They were subsequently invited to stay over an extra week in Britain to do TV Shows on their own and invited to return later in the year for another tour.

Throughout the band's career, they released six singles. Their first single was released in 1965. Both tracks on the single, 'Your friend' and 'Give me a chance' were written by Marty Wilde. He was not involved in the other singles released by The Roemans. 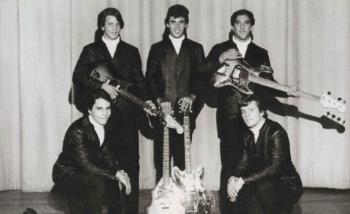 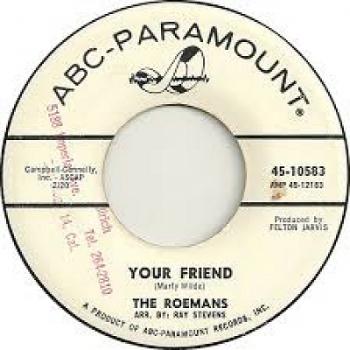 The 7" single 'Your friend' 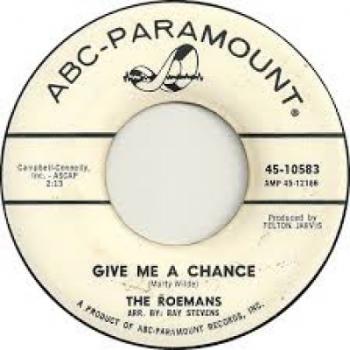