McKinleys was a Danish pop band from Aalborg (Denmark), which existed between 1966 and 1980. The group was especially characterized by playing classical pop rock and for their live performances, which were built over multi-voice vocal events with reference to names like Beach Boys, Eagles and Queen. As a live orchestra, McKinleys performed with both own compositions and popular hits, such as 'Good Vibrations' and 'Barbara Ann' by Beach Boys, Manhattan Transfers edition of the jazz classic 'Birdland' and Queen's 'Bohemian Rhapsody'. When Queen in April 1978 had given a concert in Copenhagen, Ekstra Bladet's musicist Bethh wrote - referring to the fact that Queen had used playback on 'Bohemian Rhapsody' - in a concert review: 'I know a group from Aalborg, called McKinleys, and they can sing that song by voice, so Queen should be ashamed!'

During the 1970s, McKinley's concerts performed throughout Denmark, and toured in Sweden, Norway, Germany and England, where they paved the way for other Danish pop orchestras such as Lolipops and Walkers. Their fourth album 'New shoes for the old suit', released in 1979 featured a cover version of Marty Wilde's 'Jezamine'. In 1980, McKinleys participated in the national finals for Eurovision with the song 'Robin Hood', despite having split up a few months before. The song and the following album weren't a commercial success, so the band again dissolved. 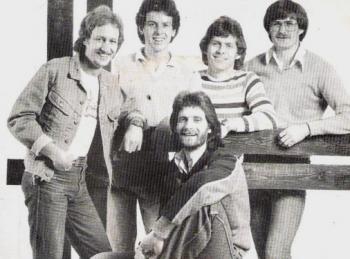 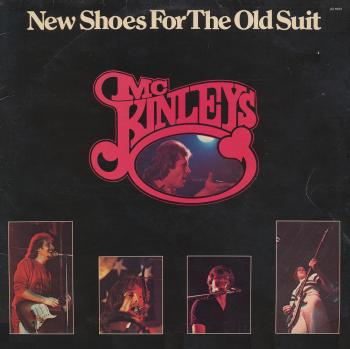 The LP 'New shoes for the old suit'