Some singers remain completely anonymous. In 1969, an Italian singer named Samuela released the single 'Tempo d'amore', a cover version of 'I take it back', a song made famous in America by Sandy Posey in 1967, translated into Italian. The B-side was 'Aria di festa', a cover version of Marty Wilde's 'Abergavenny', also translated into Italian. This translation was made by Mario Panzeri (1911-1991), author of hundreds of songs, both original and translated.

Samuela's identity remains unknown. All that remains is the one single, of which the B-side is most interesting to those who are interested in Marty Wilde's work! 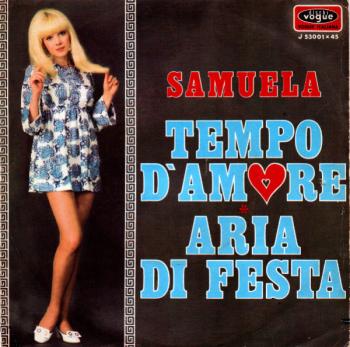