Sandie Shaw is one of the most successful British female singers of the 1960s. In Europe she is best remembered for her 1967 Eurovision win with 'Puppet on a string'. After scoring several top 10 hits with songs like 'Always something there to remind me' and 'Long live love', her record sales were declining, so her manager felt she should appear at the European song competition. Sandie had reservations, as she felt it would destroy her credibility, but in the end the song became not only a Eurovision winner but also a number 1 hit in the UK.

In November 1966, Shaw released 'Think sometimes about me', with the B-side 'Hide all emotion' written by Marty Wilde. That single reached number 32 in the UK singles chart. She retired from music in the early Seventies, but returned when she was introduced by her second husband Nik Powell to B.E.F., the production company formed by Heaven 17's Martyn Ware and Ian Craig Marsh. She recorded a version of 'Anyone who had a heart' with them, and then releases several more singles during the Eighties.

In 2013, she announced her retirement from the music industry. Her last live concert was with B.E.F. in October 2013 where Kim was also one of the guest vocalists. 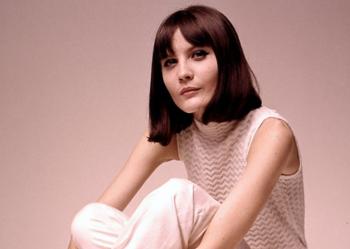 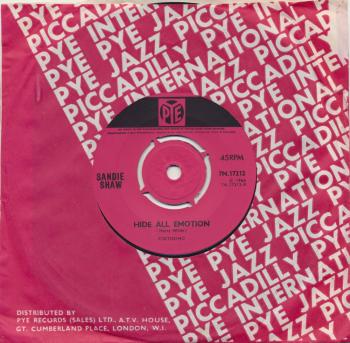 The 7" single 'Think sometimes about me'