It is no secret that Marty Wilde is a big admirer of Elvis Presley. He must have been quite flattered when his own composition 'Tomorrow's clown' was actually recorded by Bill Giant, an American songwriter who was part of the Giant, Baum and Kaye songwriting team. The majority of their work was used in Presley movies, although their most popular recording was '(You're The) Devil in Disguise', which reached no.3 on the US Billboard Hot 100 and no 1 on the UK singles chart in 1963.

In 1961, Bill Giant released the single 'Poof!!', which featured his version of 'Tomorrow's clown' on the B-side. In later years, Giant became a realtor. He passed away on November 26, 1987. 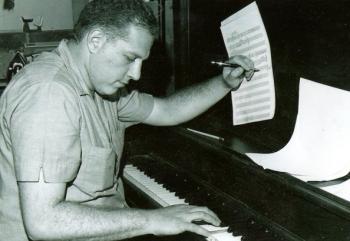 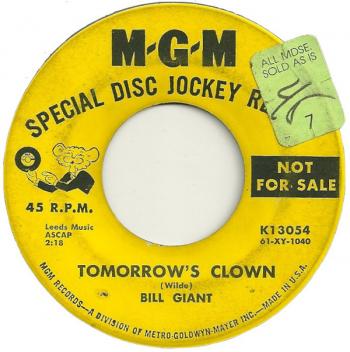 Label for 'Tomorrow's clown' on the B-side of the single 'Poof!!'