Born as Daniel Sembello on January 15, 1963. American songwriter, producer and multi-instrumentalist who started his career in 1981.

He produced recordings by artists including George Benson and Pebbles, and he had his compositions recorded by Chaka Khan, Jeffrey Osborne, Patti LaBelle, Irene Cara, René & Angela, and The Pointer Sisters. In 1986, he won a Grammy Award for Best Score Soundtrack Album for a Motion Picture, Television or Other Visual Media, for his contributions to the 'Beverly Hills Cop' soundtrack. Together with Dick Rudolph and Donnell Spencer Jr., he wrote the song Say you really want me, recorded by Kim for the soundtrack of Running Scared and eventually released as a single.

He was the brother of Michael Sembello, who had a hit with the song 'Maniac' from the 'Flashdance' movie soundtrack.

Daniel Sembello drowned in the Schuylkill River near Philadelphia on August 15, 2015. 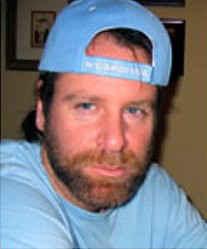