Dubbed 'the only music magazine on C-60', SFX cassette magazine was a short-lived British music magazine published in 1981 and 1982. The distinguishing feature of SFX was its format: rather than traditional print media, the magazine was distributed in the form of a one-hour cassette. Magazines were sold as cassettes twist-tied to an 8-1/4" x 11-3/4" cardboard backing. The tag line of each issue: "The Only Music Magazine on C-60."

The format of each issue was similar to a radio show, featuring news and interviews with pop stars (mostly British) and others involved with the music industry; reviews of record releases given by other musicians and artists; previews of upcoming album releases; unsigned band demo recordings; occasional features on culture, fashion and football (soccer); and three or four commercials per issue.

In issue no. 2, side B began with an interview with Kim Wilde, in which she also performs part of the song Freight train. 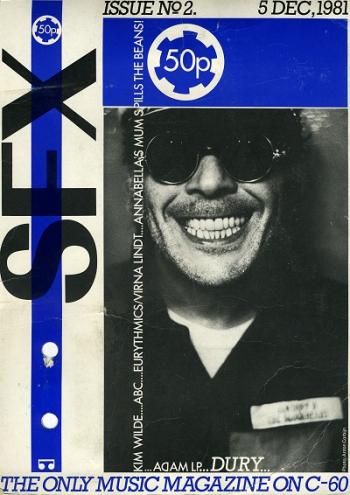