The name of the game

Song written by Benny Andersson, Stig Anderson and Bjorn Ulvaeus and originally performed by Abba in 1977 on the album "Abba - The Album". It was released as a single in October 1977 and reached no. 1 in the UK.
On January 13, 2001, Kim Wilde sang this song as a special guest star in a live show by the Abba tribute band Fabba. 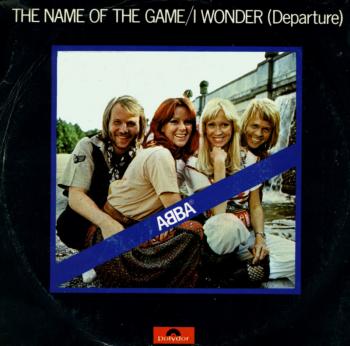 'The name of the game' by Abba, single sleeve