Howard Tibble played drums on Rockin' around the Christmas Tree with Kim Wilde and Mel Smith and 'Livin' Doll' with Cliff Richard and The Young Ones and appeared on over 60 albums and hundreds of singles. He has been Shakin' Stevens drummer since 1980 and has appeared on every tour and single since then, including Shaky's no.1 chart hit singles 'This Ole House' and 'You Drive Me Crazy'.
Cliff Richard, Gary Glitter, Billy Fury, Mike Berry, Alvin Stardust, Paul McCartney, Lonnie Donegan and Phil Everley are just some of the other artists he has recorded and worked with. Tours/recordings with American Rock and Roll singers have included Little Richard, Carl Mann, Jack Scott, Warren Smith, Linda Gail Lewis, Charly Feathers, Del Shannon and many more.
Over the years Howard has been no stranger to Top of the Pops (11 times) and other tv work has included appearances with, among others, Meatloaf, Boy George and Kim Wilde. Among the many film sound tracks to his credit are A Fish Called Wanda, Carry on Columbus and A Good Man in Africa. 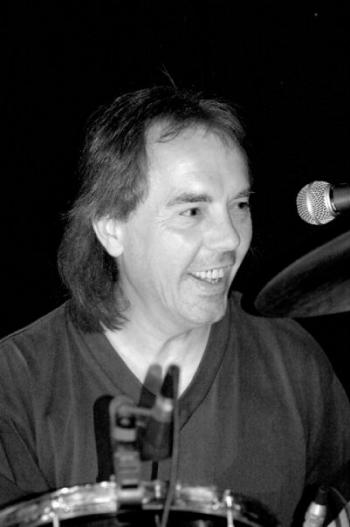