Rock-opera from legendary British band The Who. The project was first announced by band-member Pete Townsend in the leading music magazine Rolling Stone in September 1968. Six months later, the first single "Pinball wizard" was released, followed by the album "Tommy" in May 1969. The album established The Who as an 'serious' album band for the first time. The rock opera about a boy who is deaf, dumb and blind became an important part of their increasingly popular live-shows. In June 1970, however, The Who decided to play the "final performance" of Tommy at the Metropolitan Opera House in New York.
However, a project this big could only go on. In 1971 a ballet was designed around Tommy, while in 1972 a symphonic recording of Tommy was released. The recording featured the London Symphony Orchestra and special guests like Sandy Denny, Ringo Starr, Rod Stewart and Steve Winwood. Also, in 1975, an all-star performance of "Tommy" is staged at the Rainbow Theatre in London with a.o. David Essex, Peter Sellers and Elkie Brooks.
The Ken Russell movie version of "Tommy" lifts the original recording back into the charts. The soundtrack featured The Who with Elton John, Ronnie Wood, Eric Clapton, Tina Turner, Jack Nicholson and others.
The first version of a musical is staged in July 1992 at La Jolla Playhouse, California. In April 1993 the Broadway premiere is held. This musical version wins 5 Tony Awards. (1)
After two very successful seasons in America, Tommy opens in the United Kingdom. In this version, Kim Wilde is playing the role of Mrs Walker, Tommy's mother. The UK version of the musical runs from March 5, 1996 until February 8, 1997 at the Shaftesbury Theatre in London.
During this production, Kim meets Hal Fowler, who plays the role of Tommy's cousin Kevin.
The UK version of the musical was nominated in 8 different catagories for the Olivier Awards, which were held at Grosvenor House, London, on February 16, 1997.
Kim wasn't nominated for any of the categories, but the nominations were for:-

I wanted a job, a regular job. I felt very strongly that I needed some continuity in my life. I wanted to hang out with my friends, see my family and have some kind of routine. More than anything, I wanted to be able to come home every night and sleep in my own bed. (1)

It is a totally new experience for me. I did an audition for the first time of my life. It was a nightmare, I almost died of nerves because I had to sing in front of Pete Townsend, of Who, one of the creators of Tommy. But it all passed very well, and in March, I will be Mrs. Parker (sic), the mother of Tommy, on the stage and our version of the rock opera will be the definitive one. (Laughs) (2)

After I opened Michael Jackson's 1988 tour for three months and 30 shows, I never thought anything would come close to the euphoria which surrounded that. Then Tommy came along and it has completely blown me away - and much more so than that experience or any other that I've had in my career.
I didn't think about the consequences too much. I think people around me, like my management and my family and my record company, probably thought more about them. But, as soon as they saw the energy that I had to do the project, they all fell in. They all sort of trusted my instincts and my instincts were very strong right away. From the very first moment, I knew I had to be involved with the project. (3) 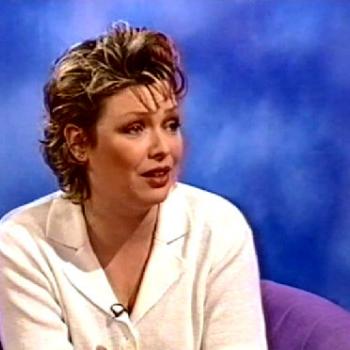