The longest running music show in Dutch television history. Toppop started on September 22, 1970 in black and white, broadcast by the Dutch television company AVRO. Presented by Penney de Jager and Ad Visser at first, Ad Visser is to become the main presenter of the show during its most popular years until 1985, when he decides to quit. In the 15 years inbetween, Toppop undergoes a multitude of changes. One thing remains the same: the half hour show presents the biggest chart hits of the week, and is broadcast throughout the year, with the exception of three months in the Summer.
Toppop was an important show for artists to perform is as the Dutch market was one of the biggest and most progressive on the European continent. More often than not, studio performances in Toppop were used in other countries as promotional videos in the 1970's.
When Ad Visser quit Toppop, his presentation duties were taken over by Kas van Iersel for one season. The next season, Bas Westerweel and Leonie Sazias took over, and in the eighteenth and final season, Bas Westerweel presents the last 35 episodes solo. On June 27, 1988, the final Toppop is broadcast. However, this is not the end: two seasons of Toppop gogo follow, a programme with a lot of videos and interviews on location.
AVRO cancelled the show in 1991, but always realised how important the show had been for its viewers. Which is why it was often referred to in jubilee shows and reunions. Snippets of old performances from Toppop were used for a Never mind the Buzzcocks-style music quiz show entitled Toppop Yeah, which was first broadcast on May 16, 1998. The quiz ran for a couple of years and was presented by Bart Peeters, who also presented Toppop non-stop, a show in which old performances were broadcast in full.

During its run, Kim Wilde was regularly featured in Toppop. She was also interviewed once in Toppop gogo, and the video for 'Cambodia' was once used in Toppop Yeah.

In December 2007, two 2 dvd sets with old performances from Toppop were released in the Netherlands. The first set featured Kim's 1982 performance of View from a bridge, the second set contained Kim's 1986 performance of You keep me hangin' on, plus part of an interview conducted by presenter Bas Westerweel in 1988. 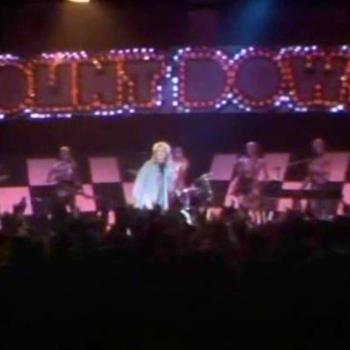 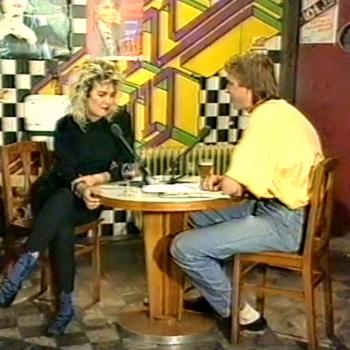 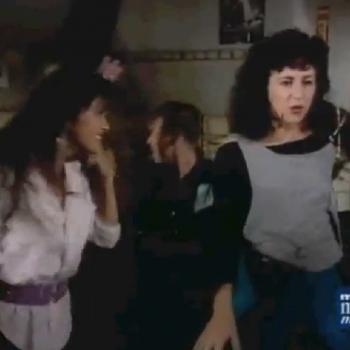