Born May 19, 1945, Chiswick, London, England, the son of singer Betty Dennis and respected saxophonist Cliff Townshend. Having served his apprenticeship playing banjo in a dixieland jazz band, Pete joined the Detours as rhythm guitarist. This local attraction, which also featured Roger Daltrey and John Entwistle, was a vital stepping-stone to the formation of the Who. Townshend emerged as leader of this turbulent group by virtue of his compositional skills. Several early songs, notably "I Can't Explain", "The Kids Are Alright" and "My Generation", encapsulated the trials of adolescence while a virulent guitar-style which eschewed formal style in favour of an aggressive, combative approach, underlined a lyrical anger and frustration. Townshend later expanded his art to embrace character studies (Happy Jack and Dogs), but his songs did not translate well in other hands and singles by the Naturals ("It Was You" - reportedly Townshend's first composition), Oscar ("Join My Gang") and the Barron Knights ("Lazy Fat People") failed to emulate those of the Who. However, Pete did find success as a producer when "Something In The Air" became a million-seller for Thunderclap Newman and he also assisted manager Kit Lambert with proteges the Crazy World Of Arthur Brown. Townshend began a solo career in 1970 with contributions to "Happy Birthday", a collection devoted to spiritual guru Meher Baba. A second set, "I am", appeared in 1972 and although not intended for public consumption, the albums featured material which also found its way into the Who lexicon. Interest was such that "Who came first", the guitarist's first official solo release, also drew from this reservoir, and thus reflected a gentler, pastoral side to the artist's work. Its spirituality and highly personal perspective set the tone for much of Townshend's later recordings. Townshend subsequently founded a record label and publishing company, both named Eel Pie, and his solo work did not flourish fully until the release of "Empty Glass" in 1980. Galvanized by punk, the guitarist re-examined his musical roots and emerged with a set both personal and compulsive. "Let My Love Open The Door" reached the US Top 10, while the energetic "Rough Boys" and caustic "Jools And Jim", a sideswipe at contemporary rock press journalists, revealed a strength of purpose missing from concurrent Who recordings. By the early '80s, his drug and alcohol problems were conquered, which would subsequently lead to a zealous role in anti-drug campaigning.
In 1993, a stage production of Tommy, re-titled The Who's Tommy, opened on Broadway, and won five Tony Awards. Three years later, Tommy opened in the UK, starring Kim Wilde as Mrs. Walker. 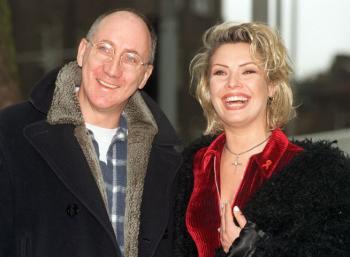