A series of boxed sets of 3 Compact Discs, released by Warner Music on the Parlophone label in 2015. There are many of these box sets available by artists and groups such as A-ha, Foreigner, Jethro Tull, Nena, Suzi Quatro and Talk Talk. There's also one of Kim Wilde.
It's a boxed set of the albums Kim Wilde, Select, Catch as catch can, released in 2015. The CD's were each packaged in 5" cardboard sleeves with the original sleeve on the front but simplified back covers. The inner sleeves of the original LP's were not replicated, as they were in an earlier box set, The Originals. 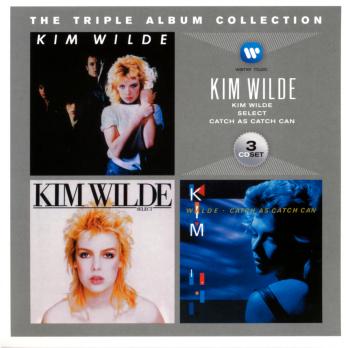