Showbiz star Cilla Black has died earlier today at her holiday home near Marbella (Spain). She was 72. Her death happened overnight and is likely to be from natural causes.

Liverpool-born Cilla Black (stage name for Priscilla White OBE) debuted in 1963 with the song 'Love of the loved'. Her second single, released in early 1964, was 'Anyone who had a heart', a cover version of the Burt Bacharach/Hal David composition. It was this song - a number 1 hit in the UK - that inspired a very young Kim Wilde. In a response to the news tonight, Kim wrote:

Home to hear the very sad news about #CillaBlack .Her voice singing 'Anyone who had a Heart' in 1964 inspired the 4 year old me to sing.

Kim actually recorded a cover version of Anyone who had a heart on her 2011 album, Snapshots.

In 1968, while her music career was still going, Cilla was offered her own TV show by the BBC's Bill Cotton. It started a career in television which lasted until 2003. Back in 1988, Kim appeared on one of her shows alongside Kenny Everett and Jools Holland (You can see a clip from that programme here).

Her remarkable career in showbusiness was celebrated in 2013 with an ITV show entitled 'The Only & Only Cilla Black', hosted by Paul O'Grady. The show celebrated Black's career including a special trip back to Black's hometown Liverpool, a host of celebrity friends and some surprise music guests.

The UK's current Prime Minister David Cameron has paid tribute to the entertainer, remembering her as "a huge talent who made a significant contribution to public life". 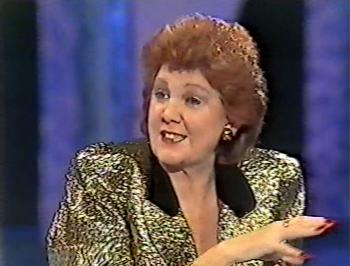