Born as Steven John Harrington in Porthcawl, South Wales (UK) on May 28, 1959, Steve Strange made a name for himself hosting and promoting night clubs in the late 1970s. Together with Rich Kids members Rusty Egan and Midge Ure and Magazine members Barry Adamson, John McGeoch and Dave Formula he formed Visage, a project that was intended as a studio-based band. Their debut single 'Tar' (1979) was not a success, but after Steve's appearance in David Bowie's music video for 'Ashes to ashes', Visage landed a new record deal and released the song 'Fade to grey'. As the public face of the band, Strange shot to stardom in Britain and other parts of Europe. Visage enjoyed a string of hit singles and two hit albums before later commercial disappointments led to their break-up in 1985.

Kim Wilde first came to meet Steve Strange during this time. In 1982, they had a much-publicised date together, when they decided to go to a restaurant. Steve had apparently alerted the press, and so this innocent date suddenly became a media storm, as many photographers were waiting for the couple to arrive. In the days and weeks afterwards, the two were linked as romantic interests, although this was never really so. They were however friends and stayed in contact ever since.

After Kim's retreat from music in 1998, their (professional) paths crossed again when both participated in the 2002 edition of the Here & Now Tour. Steve had battled a heroin addiction for many years, suffered a nervous breakdown and was at one point arrested and convicted for shoplifting. The tour seemed to herald a new beginning as Steve formed a new version of Visage. This version never really came off the ground, although some live and television appearances happened between 2002 and 2007.

A third incarnation of Visage appeared in 2012. Steve recruited Steve Barnacle, Robin Simon and Lauren Duvall and released the new album 'Hearts and Knives' - featuring Visage's first new material in 29 years - in 2013. In support of the album, the band made several live appearances in the UK and Europe in 2013. Another album, entitled 'Orchestral' (featuring remakes of old Visage tracks with the help of the Synthosymphonic Orchestra and the Prague Philharmonic Orchestra), was released on December 23, 2014.

On December 3, 2014, Steve was admitted to the Princess of Wales hospital in Bridgend with 'breathing difficulties'. According to reports he was suffering from a bronchial infection and an intestinal blockage.

Steve Strange died earlier today during a holiday in Sharm-el-Sheikh, Egypt. According to Marc Green, label manager of his record company August Day Recordings: "Steve died in his sleep of heart failure. Steve's family, band members and friends are all distraught at this sudden news of his untimely death."

Reactions have been coming in via Twitter, including this one from fellow Blitzer Marilyn:

I'm so sorry to hear (if REALLY true) that Steve Strange has died...the end of an era

Some sad news today. Our condolences to Steve Strange's family and friends. 55 is far, far too young. http://t.co/xeXhfup1vr

Gutted to hear the my pal Steve Strange has died , what a terrible shame .he goes down in history as part of a cultural change in the UK

So sorry to hear that my friend Steve Strange -Visage has passed away peacefully in his sleep of a heart attack ,so missed love Sam XX

I'm very sad to announce that our friend Steve Strange has died in Egypt today. He was the leading edge of New Romantic. God Bless him. 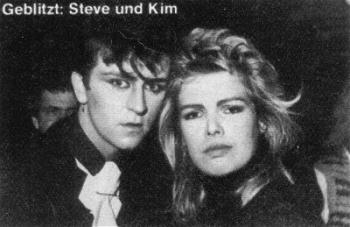 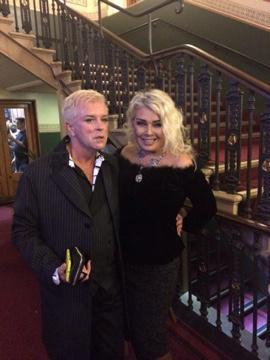