Short interview clip in MTV News. The presenter talks about a possible collaboration between Adam Ant and Kim Wilde on a music video, then a short clip follows in which Kim talks about the first video she ever made.

"'Kids in America', the first time I made a film as such, I was very very nervous and I just didn't know what to do. I went into the studio and Brian Grant, the guy who directed it, he said 'Don't worry' and I said 'You're gonna tell me exactly what to do, I got no idea'. Of course when the camera started rolling I suddenly became terribly, sort of, natural with it and I couldn't believe it, I thought it would be a lot more" [cut] 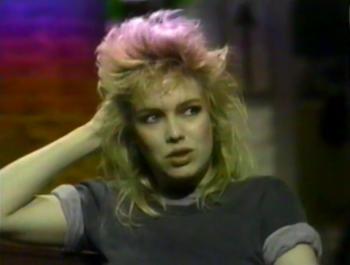 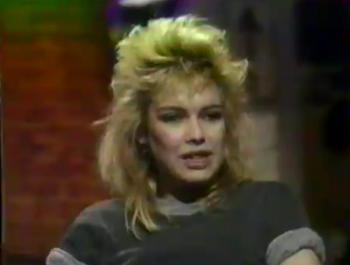