Interview with Kim Wilde, starting off with a clip of 'Kids in America 1994'.

You were in Germany recently but for one concert only, in Hamburg, I am happy that you're doing a whole tour in Germany. When is that?
Well, I'm actually halfway through it right now, and I finish in about two weeks time, so I'm right in the middle of it. We've been to Dresden, Berlin, we've been... everywhere! (laughs) So it's been really great, great audiences - we were in Kiel - it's great to stand in front of my fans after all these years.

1981. This title which we've just heard in a new version was your big hit. You were just 20, a beautiful blonde, very fresh with a sort of Lolita charm. What interests me, your songs you still sing yourself, but your blonde has become natural by now?
Ooh... no. (Laughs). No, not exactly.

But I do understand you have become more interested in natural living. I read somewhere you have a life coach and a nutrition coach.
Well I am, yeah. I mean I live in the countryside and I eat very well. When I'm not dressed in leather standing on stage I live a rather quiet life. I'm still a bit of a sucker for the peroxide, you know...

Your fans are still at your feet. I understand you were a bit shy for some time, even believed you couldn't get on stage with the shape your body was in. Is that right, and how did you get past that?
Well, there was a time when, I think shortly after I was opening for Michael Jackson, when I seriously thought about giving up being a pop star really. I got very disillusioned with fame. I seemed to have a lot of success but I wasn't happy. I thought 'What's the point of being famous if you're not happy'. So I just thought about giving it up. But that was the time when I moved out of London, back to the countryside and I realised very quickly that I love my career very very much, and the last thing I wanted to do was give it up. But for a while I felt I just wanted to retreat from it all. But I'm glad I didn't.

So you have regained your confidence. Would you go on stage like Madonna, with sexy outfits and leather body's?
Oh, that's not my style, I mean Madonna has her style and I have my way of doing things and I respect what she does but me, I'm very different from Madonna. The only thing we share, occasionally, is the blonde hair, and that's it.

I think you're more sympathetic too. Maybe a short comment on Michael Jackson. He took you on his tour with him. How did it come to that?
Well I think a lot of it had to do with my long success in Europe. Most of the dates were all over Europe and I think all the local promotors there said 'yeah get Kim on', you know, and I fought for the gig with about five other people. I think it was actually due to my European fans that I got the gig. Michael Jackson himself really loved my version of 'You keep me hangin' on' and he was kindof interested in me, I think, as an artist, but I would say that it's my fans who got me that gig.

Did you only see him once? Is that true? Or did you meet more often?
No, I only met him once. He was very shy, in fact my little brother and sister met him before I did. Which was very strange. I was just sitting there, doing my make-up, and my little sister ran in and she said 'Kimmy, Kimmy, Kimmy, I just saw Michael Jackson!' I said: 'What do you mean, you just saw Michael Jackson? I've just been on tour with him for two weeks and I haven't met him yet!'. Really crazy. But you know, he was very private and I think he was a bit lonely.

One last question: do you have a boyfriend?
No. (Laughs) 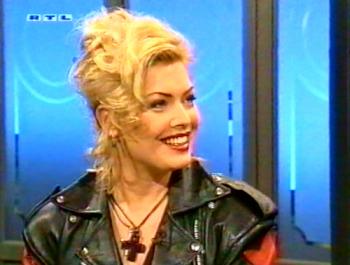 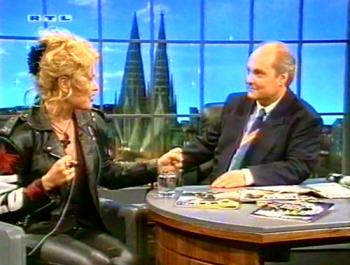 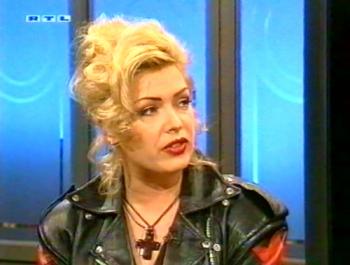 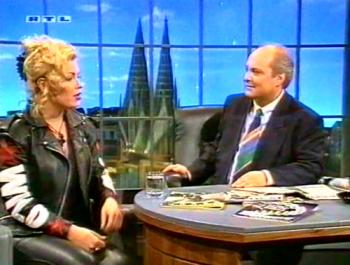