Kim Wilde is one of the panellists in a programme presented by Anita Anand on BBC Radio 5.

(Host points out Kim’s reading a gardening book)
I’m reading my first (own) book, gardening with children, which I made last year, inspired by my own children and my own experiences in the garden. Harry is 7 now and Rosie is 5. Gardening and them, it’s all kind of happened at the same time.
I got married and wanted to make a garden, wanted to have children. The two things had gone hand in hand and I wanted to make them a garden, I wanted to make somewhere for them to play, somewhere for them to be inspired, somewhere to get them outside really, and the book has come directly from my experiences with them.
Children are much more interested then we give them credit for. It’s in the schools curriculum when the children come home with their little projects from school they’re excited and at home they’re equally excited. They get to see how something starts from seed and then they fancies a pumpkin and then they put it in a pot and watch it grow. And then they’ll put their name on it and feel responsibility for it. Of course they get distracted by a play station or by their mates coming round or by a Nan coming around bringing them sweets but ultimately I mean they feel responsible for it when they see it turn into a pumpkin in the autumn and they feel really good about themselves.
When I was planting last year and the kids were making a bit of a nuisance of themselves, I literally just went and bought them a bag of multi compost, I bought them some bedding plants and I bought them some tiny little children implements, trowels and stuff and I just let them get on with it. Kids they know how to entertain themselves and they spent hours doing that: just literary getting little bedding plants putting them in pots and they felt really good about it.

Kim, are you good at air guitar?
Kim: I’m so good at it. Yeah, I’m excellent, a few years ago, me and the children and my husband we went to Center Parcs with my best friend and we were air guitaring happily to Metallica I think although I have to say that Queen, Ryan May’s guitar playing beats Metallica.

If you had to sum up the differences between men and women what would they be?
Kim: Power tools.

About Atkins diet:
Kim: My husband tries it every now and again for a sort of a quick fix really and he drops quite a lot of weight if he needs to. I tried it with him once but I got a bit bored. I like a varied diet and lots of fresh fruit and I do grow quit a few vegetables as well. I’m quit happy with my sort of, I amble along and sometimes I put on a few pounds and I’m fed about it and then I’m just good for a few days: I don’t have too much bread or I don’t stuff myself with cheese. Atkins I don’t know. I don’t have any strong feelings about it either. I am concerned about anyone doing it as a lifestyle thing.

About Michael Jackson:
Kim: In 1988 I toured with him for the Bad Tour for a few months in Europe and here in the Auk.

What is he like?
Kim: I’ve never got to really meet him. I was sort of taken in to have a photograph taken for publicity purpose into the simulate room. A small child was setting dressed up a bit like him on his dressing room sofa and the atmosphere was odd. And then I got shuffled out again.

Is that usual? Where you supporting?
Kim: I was opening for him yeah.

Is it usual you don’t get to see the protagonist a lot?
Kim: I opened for Bowie once and he was very friendly and popped his head round and was very sweet. But we didn’t exactly get drunk together in the bar afterwards. I didn’t really expect to spend lots of time, getting to know him. As Madonna, it would have been the same way, so you can’t really criticize him on that score. It’s a bizarre sort of world when you’re that famous. I didn’t really take it as being particularly strange at the time but clearly something is very sadly wrong.

There is a fax coming in saying you were a knock out opening for Michael Jackson on his tour. Are you really touched by these messages?
Kim: Yes I am, I thought that was particularly lovely. And I have to say touring with Michael Jackson was incredible to watch him as a performer. He was just magic on that tour.

Saint or a Sinner?
Kim: I try to remember what happened to me. At Tesco I had some toilet rolls hanging on the back of the trolley. I forgot that they were there and went out and did actually think about it when going back but it was raining and I didn’t quite make it back.

So sinner clearly! Oh don’t give me that face.
Kim: (laughs) I think Tesco is banning me from their stores now. I tell you I won’t be shopping there anymore.

About the staff looking out to meet Kim:
Kim: It’s lovely to hear they said that before I got here but I want to hear what they say after I leave. That’s what I want to know.

About celebrity detox:
Kim: It had such a positive response from that programme. Of course they have shown it endless times ever since.
What did they make you do?
Kim: Well basically you had to give yourself a self administrated colon irrigation three times a day whilst doing a seven day fast and I actually found it wasn’t as difficult as I thought it was going to be. I really rather enjoyed it. I haven’t done any collon irrigation since I got back, I don’t feel the need to because I have a very well balanced diet. It was quite an interesting experience.

They say that this is a huge release of emotion. Is that true?
Kim: I did feel quit emotional but I think anyone would if you hadn’t eaten food for several days; it’s hard to say where all that emotion comes from. But there was one particular experience I had in the swimming pool with someone who was rebirthing me apparently and all I was worried about was not going under the water and getting enough breath that was my preoccupation throughout the whole time it happened. Yet at the end when he released me I was overcome with an immense amount of emotions and I don’t know where that was. It was clearly somewhere in my body and clearly better out than in.

Didn’t you feel light headed?
Kim: I did feel quit weak, but I felt so relaxed and so happy, I really loved it, I was just coming out of having child birth and two children and trying to juggle that plus the gardening career had just began and that was all going crazy and I was really multi tasking extraordinaire and I was exhausted so for me it was a wonderful experience.

(Kim on a remark of finding this unnatural for the body, our bodies aren’t made for this.)
Kim: I agree, I don’t think they are. It is not something that does interest me now at all. 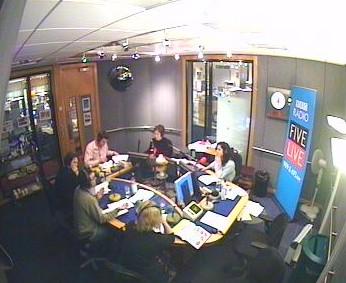