Kim Wilde's dad Marty is awarded MBE for his services to Popular Music. 'Finally!', we hear you scream...

Fifties pop star Marty Wilde is awarded MBE for services to Popular Music. One of Britain's first homegrown rock 'n' roll heart-throbs, he was discovered in London when he was 17 and went on to have a string of hits. He appeared regularly on the BBC show 6.5 Special and was a regular on ITV's 'Oh Boy!' and 'Boy Meets Girl'. In the Eighties he wrote the majority of Kim's hits, as well as all of the songs on her first three albums.

The honours system recognises people who have made achievements in public life or committed themselves to serving and helping Britain. They usually have made life better for other people or be outstanding at what they do. Whether someone gets an honour - and the honour they get - is decided by an honours committee. The committee’s decisions go to the Prime Minister and then to the Queen, who awards the honour.

Here's looking at you Dad, @bigmartywilde . So proud of your well deserved MBE honour, and oh so proud of you pic.twitter.com/RImOvRcL64

Congratulations to the original Rock'n'Roll legend and genius writer that is @bigmartywilde for his well deserved MBE,get in Dad!#proudson x 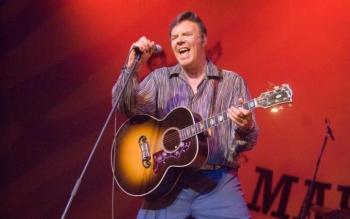