Pete Burns, who was born on August 5, 1959 in Bebington, Cheshire (UK), died after suffering cardiac arrest. His band Dead or Alive were best known for the hit You Spin Me Round (Like a Record), which Kim performed live earlier this month during a six date tour in the Netherlands.

A terrible loss George, one of life's huge characters and a true one off. So so sad. RIP Pete x https://t.co/MiwsywFeMR

It is a weird coincidence that a career-spanning 19 CD box set is due to be released this Friday. Burns was actually doing interviews and promotion for the set and by all accounts looking forward to the release.

A statement from his Dead or Alive bandmate Steve Coy, Pete's partner Michael Simpson and his ex-wife Lynn said:

"It is with the greatest sadness that we have to break the tragic news that our beloved Pete Burns of (Dead Or Alive), died suddenly yesterday of a massive cardiac arrest. All of his family and friends are devastated by the loss of our special star. He was a true visionary, a beautiful, talented soul and will be missed by all those who loved and appreciated everything he was and all of the wonderful memories he has left us with."

Below is Kim's version of 'You spin me 'round', as performed on October 16 in Utrecht (Netherlands) 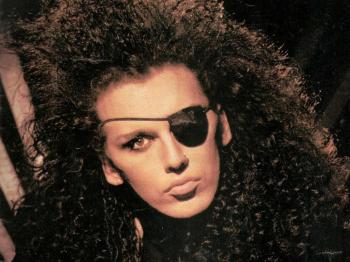