Denise Harrison is a formerly homeless woman who has beaten alcoholism and got her life on track. She has her own blog and has now released a short film about depression.

The film was shown at the London College of Communication and debuted on YouTube today. The music for this short film was created by Kim and Ricky Wilde. You can check out the short film below. 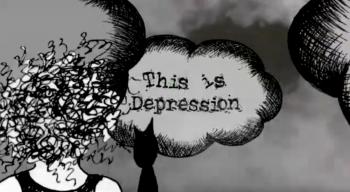