Earlier this month, Wilde Life has re-launched its Instagram account. With 2020 in sight, we thought it would be nice to present images from throughout Kim's career, as she is re-releasing her first three albums in January and a greatest hits compilation later in the year.

During 2020, each month will focus on a specific period in Kim's career - although obviously there will also be some attention for Kim's current activities. The first few entries were obviously focused on this month's live dates and the Christmas period, but expect to see a lot of "early" photographs in the new year. 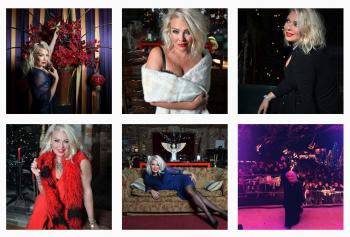