Deon Estus passed away yesterday (October 11). The news was confirmed on the musician’s official Twitter page. No cause of death has yet been revealed.

“It is with real sadness I post that Deon Estus passed away this morning,” the post read. “Deon was mostly known as the third member of Wham! Deon was passionate about music and loved interacting with his loyal fans.”

Deon was most famous for playing with Wham! and George Michael, but he also played bass on Kim Wilde's 1990 track 'I Can't Say Goodbye'. He also played bass for many other world famous stars, like Elton John, Marvin Gaye, Tina Turner, Annie Lennox and Frank Zappa. He released a solo album called 'Spell' in 1989, which featured the single 'Heaven Help Me', which he wrote together with George Michael.

So sad to hear this terrible news. I had the honour of working with Deon back in the day, lovely man and incredible talent. Thoughts are with his friends and family. RIP Deon xx https://t.co/BfvTs4KUXW 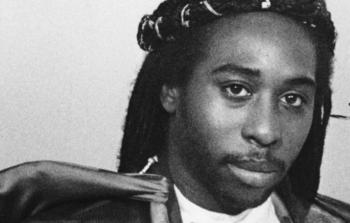