Top of the pops

Kim's first appearance in Top of the Pops, lipsynching 'Kids in America'. Kim wears a black/white striped t-shirt and a black suit. She is backed by her own band, consisting of James Stevenson (guitar), Ricky Wilde (keyboards) and Calvin Hayes (drums). Near the end the American flag is projected on the screen. 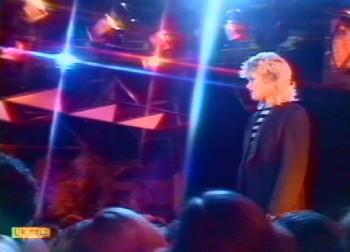 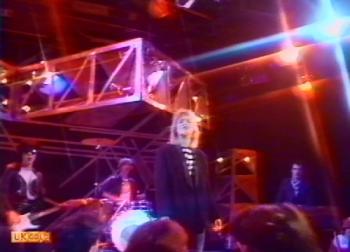 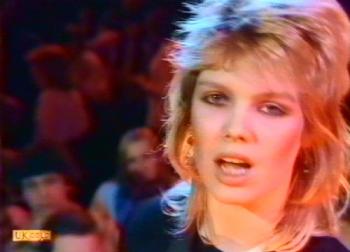 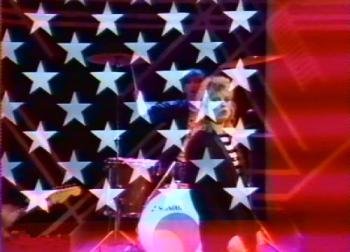