Kim is interviewed by Ian "Molly" Meldrum, but is rather confused by his line of questioning.

Kim, welcome back to Australia via video and to Countdown
Hi

Last year was pretty hectic for you...
Yeah...

But I think it was worth it?
Yeah, it's great, it's lovely.

I mean ,at that stage you had 'Kids in America', 'Cambodia' was just sortof really... was just released at that time...
Yeah...

and you sort of hold the distinct record of being the most consistent artist in the chart for Australia. With that album, did you really think there were, sort of, like, so many hits on it?
Um... No, when I was recording them I had certain thoughts about the consequent singles, but I never thought of it being an album of singles at the time, but it was all so new when I recorded it.

Right. Now 'Chequered love' was sort of, like, the follow-up to 'Kids in America' and then we had 'Cambodia', which is totally different really. What can we expect from Kim Wilde in 1982 then?
We're sort of currently working on our new album and our new single, which is gonna be called 'View from a bridge', and then we're gonna get our tour together. You know, a worldwide tour with any luck.

Now, as far as going on to a live circuit situation, how do you want yourself to be presented on stage? There's so many ways these days, I mean lighting effect etcetera etcetera, and all of that. I mean, do you want it simple or do you want something really big or... Have you thought about it?
Yeah, I have thought about it. I don't want to do a big theatrical presentation - not because I don't believe in doing them, just because I don't really feel that it would complement our music. I'd like to concentrate more on the delivery and the good old-fashioned sort of cabaret aspect with getting across and singing well. I hope that works and it's enough to keep an audience interested.

Is there much pressure on you now personally, that you gotta keep coming up with a hit?
I think so, there is that kind of pressure, it's a kind of pressure that, um... Rick and dad work well under when they're writing songs. And it keeps us all on our toes and it's a necessary discipline.

When you look back on sort of, the three hits that you've had, do you and your brother sort of purposely go out to find... in other words do you knock back tracks that you may write or what? Is is a calculated thing? It's a strange question, you know?
Ummm... (Kim looks a bit puzzled)

I mean... let me start again.
(Laughs) I don't understand the question at all! (Laughs) It went on for so long it's like an epic! 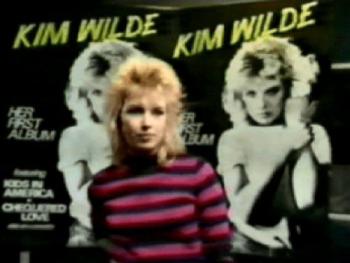 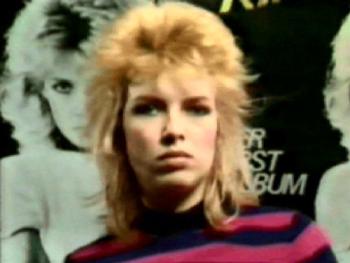 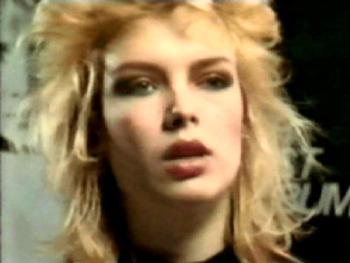 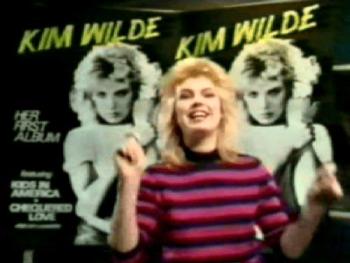