Interview on stage in English, translated on the spot by presenter Jonas Hallberg into Swedish for the audience. They talk about videos, touring, and being a sex symbol.

How are you, Kim Wilde?
I feel great, actually.

I understand the whole of your family is engaged in the business of your career. Is that right?
Yeah, they're engaged in my career and I'm very much engaged in their career as well.

You have become famous, in a way, through videos. You have not been touring so much or appearing on stage?
No, I haven't done very much, but I'm just about to embark on a three week European tour on the 25th of November and I shall be in Stockholm on the 9th of December.

Me? (They laugh.) That's interesting. But I thought it's more apparent in your case, perhaps.
Do you think so? 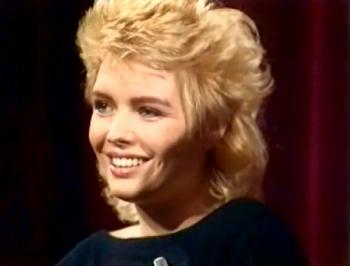 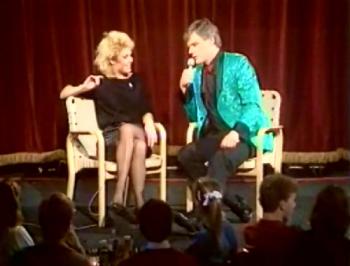 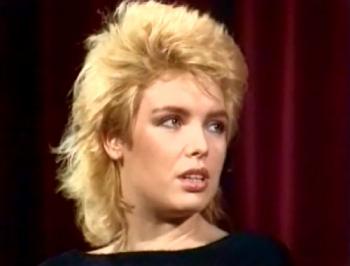 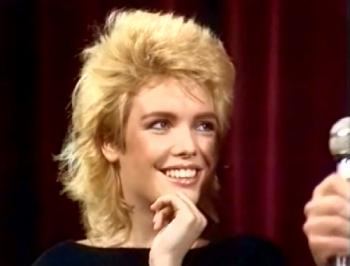