This edition of Chewing Rock contains a 'profile' on Kim Wilde, in which parts of her videos are shown, along with her album sleeves, while a French-language voice-over tells the story of her career so far.
Kim is then interviewed by the presenter of Chewing Rock about her career so far and the new album 'Teases & dares'. At the end of the interview, Kim is presented with a birthday cake, and she has to blow out the candles. The presenter says that he had his birthday 'yesterday' and Kim has hers 'tomorrow'.
Kim then performs a lip-synch performance of 'Suburbs of Moscow' with her band in the studio of Chewing Rock.

Note: Date of broadcast based on presenter commentary, actual broadcast date may be later. 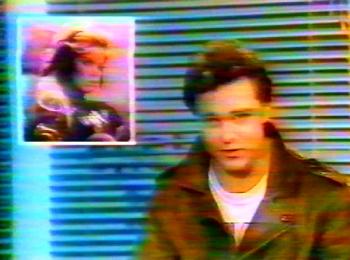 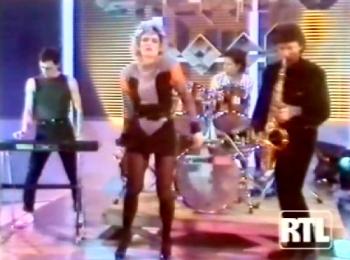 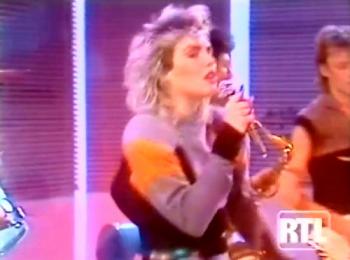 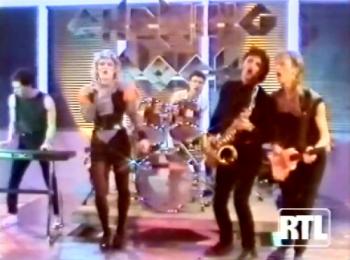