Kim is interviewed about her new single, 'The second time'. She also tells a few things about the clothes she's wearing, specially designed for her in strange fabrics. The video for 'The second time' is also shown.

Nick Owen: That's very good, I enjoyed that. Your outfits are fairly striking, aren't they? Lovely colours and things.
Yeah, they're lovely aren't they? I've been working with this girl at the moment, called Annie LaPaz and she's been making me some clothes which - I haven't been into having clothes made for me before but I've taken advantage of her completely. And I'm really glad. She makes great clothes.

In fact, can we just see the outfit you've got on this morning?
I won't stand up, I'll just give you a flash of Superman here.

That is Superman? With his underpants outside his trousers? It's one of those, isn't it?
It certainly is, yeah.

You're not gonna stand up?
Well, it's just, you know... I'll give you a side view here.

And you're pleased about the video, are you?
I am, I think it's fantastic.

What's that then?
It wasn't leather what I was wearing. It was kindof lycra.

Well I get quite a lot of fan letters.

I bet you get some lovelorn letters as well.
I get a few, yeah.

I used to write letters to Dusty Springfield many moons ago, whom I saw for the first time last night. Performing at the Royal Albert Hall, with Anne Murray. Great night.
Anne: Did she thank you for your letters?
Nick: Funnily enough, she didn't.
Guest: Can I ask you about your hair? Where do you have it done, who does it?
I did it myself for the first three years but it just got in a really bad condition so I started going to hairdressers which I don't like doing very much because it means sitting, getting terribly bored for two hours. I go to hairdressers now, I think it's worth it when you're getting older.

Do you see that as a big part of your image? Is hair an important part of it, a new image?
Not particularly. I wear my hair to suit me. It's my style. I think there's lots of fashions with hair but I think if you've got a style of your own and you know it looks good on you then you should stick to it rather than trying for something else that isn't going to suit you. So I keep it because I like the way it makes me feel. So I keep it like this.

You used to be very self-critical, didn't you? You seem to have gone into a phase of positive thinking now, is that right?
Well, yeah, I think I'm just a bit more open about it. I used to feel very positive but I never used to display it very much. I think when you're in the public you have to display what you're feeling inside rather than just feeling it if you wanna get something across. So I decided to make a more obvious positive statement about myself with the clothes that I wear, the things that I'm doing and the things that I say and the things that I get up to which are put down in the press. I mean, I hope it does come across that way. It's very difficult to come across to a public sometimes, with the media being what they are, but you know, I keep trying.

It seems that the recurring theme of your new single is 'go for it, go for it'.
It's a good catchphrase...

...which seems to sum up the way that you're feeling at the moment.
I do.

Self-awareness.
I'm going for it. 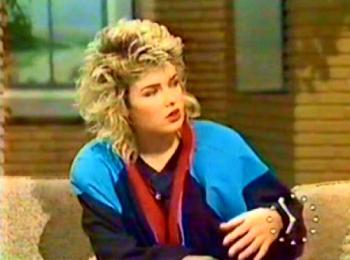 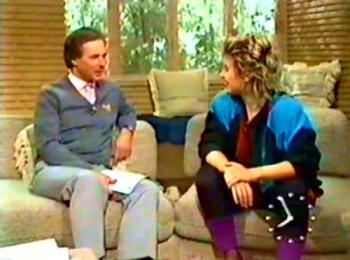 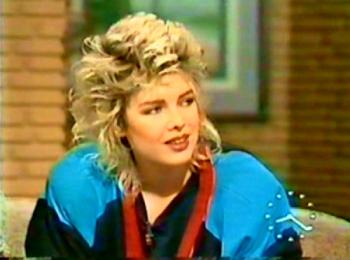 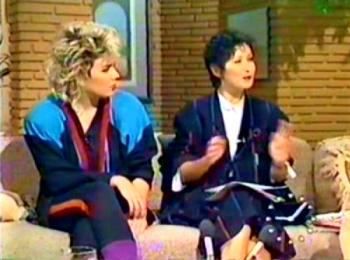 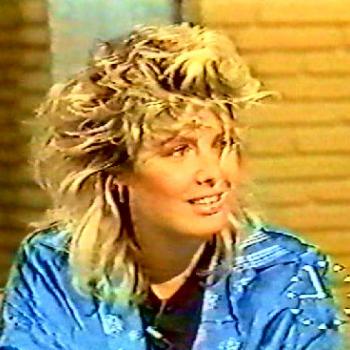