The first of four appearances in this TV show - Kim appeared in Varietoscope on Monday, Tuesday, Thursday and Friday.

On this first appearance, Kim lipsynchs to 'Love blonde'. She is joined on stage by Ricky, who plays keyboards. After 'Love blonde', there is a short interview with Kim.

Kim, you're very proud, you have your own recording studio, actually?
Yeah, we've just built one where we live in Hertfordshire, and it's called 'Select Sound', after our second album.

But you're working with your family to make records? We have seen your brother on the piano, he's your producer?
Yeah.

And your father is writing for you too?
Yeah, he gets involved too. 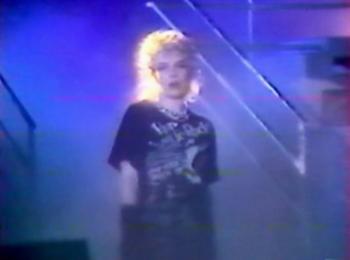 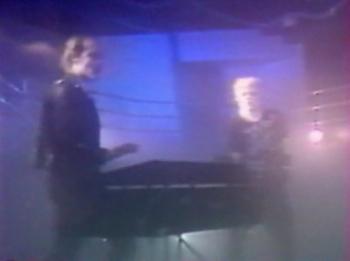 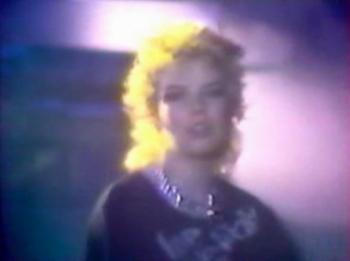 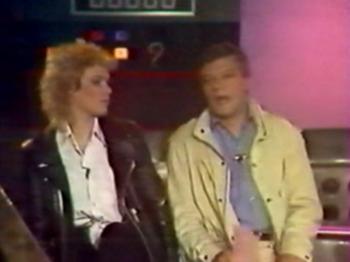