Interview with Kim Wilde about her new single and album.

What have you been doing with yourself? We haven't heard lots of your music lately. Yet you're big on the continent.
Yeah, I've got a hit single out there at the moment which is doing rather well, called 'Schoolgirl', but I've got an album coming out in October and I'm finishing recording that in the next few weeks, so I've been very busy.

I mean it's got sort of an inner meaning, it's quite philosophical isn't it?
It's a little bit, yeah, but you know it's pop music at the end of the day. It's supposed to be enjoyed and danced to.

What are you singing in it?
What I'm saying is the world is a terrible place, but I hope it's gonna be a bit better for her and all children of her age. I just hope it gets a bit better for them, because things are pretty miserable.

Do you feel that?
Ooh yeah, I did when I wrote it, especially because Chernobyl just happened and you just have to look at every place on the map and there's a war, so... Yes, things are really bad, aren't they? 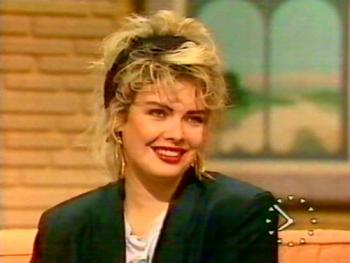 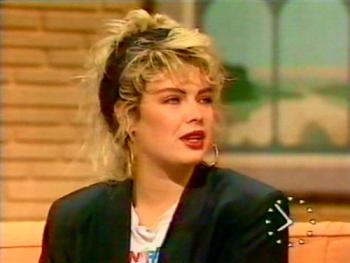