Interview with Kim Wilde. The presenter asks the questions in French and translates the answers himself.

A tour like you will be doing, in nine countries in Europe, how did you prepare?
Well, before I go on this tour I'm gonna do a lot of swimming, because I'm not fit at all and I'm kindof lazy too, but there'll be a lot of rehearsals. I've got a new band, I've got some singers coming with me, we'll be working on a little bit of choreography - not a lot, but a little bit. I've worked on a lot of the ideas for the stage design and the sets and lighting. I got very involved in this tour, and I'm really excited about it. It's gonna be the best yet.

A tour, is it an atmosphere you like? Do you travel with your musicians or do you travel alone? What is the ambience during the tour?
It's very friendly and very jokey, because it's hard work, you have to really concentrate when you're doing a show. And so after you tend to have a few verres du vin, and just relax a little bit and have a lot of fun. The band are friends of mine, it's a good feeling. I travel with them, we don't travel separately and I kindof have to put up with them as well sometimes... men... Being the only woman there... It's difficult sometimes...

What about the video [for 'You keep me hangin' on]? Was it your idea?
I spoke with the director, a guy called Greg Masuak, and we discussed that I wanted to do something that was quite simple but very effective and he came up with most of the ideas. It's just a matter of bouncing ideas off each other and he's very good, I think he's done a very good video. And everyone seems to like it a lot. 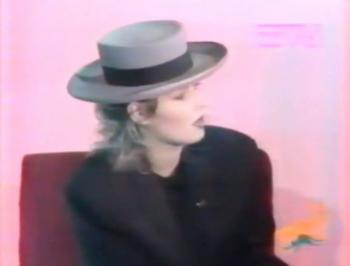 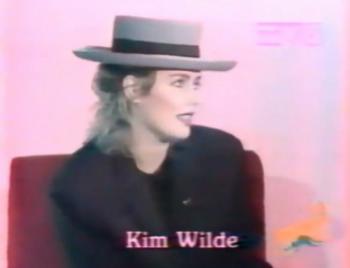 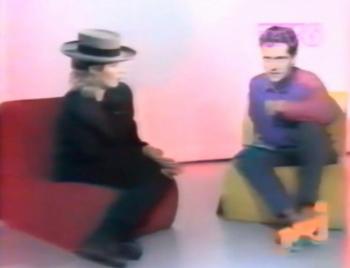 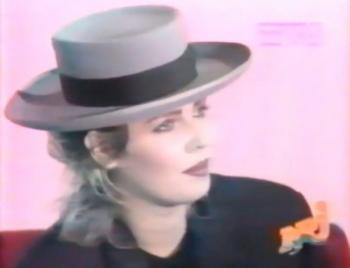