In a program of about 45 minutes, fans of Kim Wilde can phone in and ask her a question. Some fans talk to her in English, but most of them are in French and translated to Kim by presenter Childeric. The programme is broadcast two days after a live date in Paris, so some of the questions are about this live concert.
When the camera zooms in on her eyes, Kim states: 'This is my confused look'. A very comical question following soon hereafter is: 'Will your eyes be on the next album?'
At the end of the program, Kim writes something for the fans, which reads: 'Please don't let me be misunderstood, Lots of love to you all.'

The following transcript is edited, as it includes the questions of the fans on the phone and Kim's answers, and not the translations by the presenter inbetween.

What was the name of the band that were playing before you as guest stars?
I think they were called Gamine. I think they're from Bordeaux.

How did you feel at the Zenith?
Great (smiles). Fantastic. Really good. I was really excited to go on and the crowd were fantastic. And I had a lot of friend come over from England, and my family were there, and a lot of really great people. Everything was parfait.

Who is the designer for clothes you like the most?
Mostly I just mix and match clothes. This is an old jacket that belonged to mon père, and this is kindof expensive, comme des garçons, and this is Kenzo, this skirt is from Kenzo. And this is from the marché, the shoes.

How did you start singing?
Well, I've always sung. Ever since I was kindof small. My father is a singer too and I always loved other singers and pop music especially.

Do you have a home video, and do you watch sometimes concerts or music videos on your videotaperecorder?
Not very often, you know, because I don't really watch a lot of television.

And films?
Yeah, I like going to films sometimes. The last good film I went to see was Aliens and I like Christopher Lambert movies. Il est très mignon.

Which one is the song you like the best of your own songs?
I really like one of the songs on my new album, which is a slow one called 'Don't say nothing's changed', which I did at the concert. But from my old hits... 'View from a bridge' is my favourite old ones.

Did you take singing lessons?
No, I didn't. Some people think it's a really good idea to help, especially when you sing live. But I've kindof resisted it because my favourite singers as far as I know never had singing lessons, Paul Simon, Joni Mitchell and Elvis Costello...

What are you doing just before the show? How do you prepare yourself before the concert and what are you doing just after the show?
Just after the show I just go into the dressing room on my own for about five minutes, cool down because I'm very hot, and then everyone comes in and we have a big party. Just before I take a lot of deep breaths because I get very nervous, I try and go outside, get some fresh air... (inhales deeply).

In which state of mind do you write your songs, and where does your inspiration come from?
It really depends. I mean, from ma vie, all the time, different aspects from my life, people that I know, experiences that I have, comme most writers.

Aren't you a bit afraid about your tour, because your concert in Paris was so big, you have to be as big and as great in all the dates as you were in Paris?
I don't know, I'm not frightened about it, my feelings are that I'm really looking forward to it, and I look forward to going on stage every night and to be with the French audience.

Do you want to make a live recording of your concert, a live album?
I wouldn't mind, the only thing about live music is that that's what it should be, I think most of the time it should be live in front of an audience and sometimes it transmits really well on vinyl but most of the time I like to have more control, the control of being in a recording studio. I prefer that myself.

What sensation do you feel between your first concert and the last, and do you think you will progress in your music?
Yeah, definitely. I think Paris is the best gig I've done in my life and the audience were one of the best I've ever had in my life, really.

How can you be so dynamic on stage? Don't you feel tired sometimes too?
During my time here and in my day to day routine je suis très tranquille, so I have a lot of energy. so when I go on stage, it all comes out. 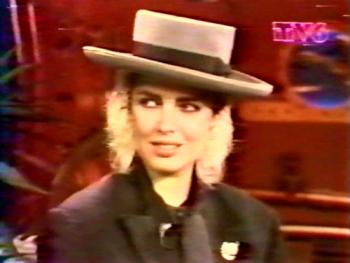 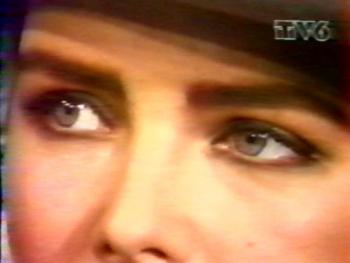 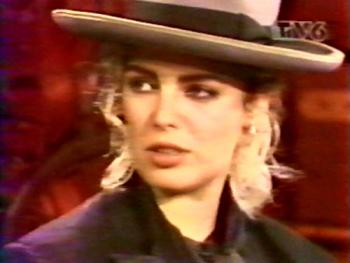 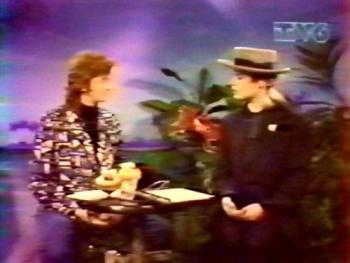