Kim is interviewed briefly by presenter Marc Toesca. They talk about her new album, 'Another step'.

Is it difficult to be the most beautiful female singer of rock?
(Laughs) I wasn't expecting that at all...

Is there a relation between the title of the album and this stage in your life?
With this album, yes especially because a lot of the songs on it I've co-written and that's kindof like another step for me, a new direction in my career. Also there's a song on there called 'Another step' which I did as a duet with Junior, an English singer.

Kim, can you introduce your first choice from the Top 50?
Right, the first video is by Frankie goes to Hollywood and it's called 'Rage hard'.

'Rage hard', is there a reason?
I haven't seen it yet.

What do you think about the video?
I wasn't too sure about it, because you can't see much of Holly, and he's got such a cute face, so it's a real shame. But as I said to you before, the 12" is really great on that record. I prefer the 12".

(Music video for 'Venus' is shown.)

Kim, have you some plans for touring France?
Yeah, we're doing a tour in November, I'm going to nine different countries but most of the gigs are actually in France.

Where will you go? Which countries?
I'll go to Finland, Denmark, Switzerland, Norway, Germany, Holland, Belgium, all over Europe. 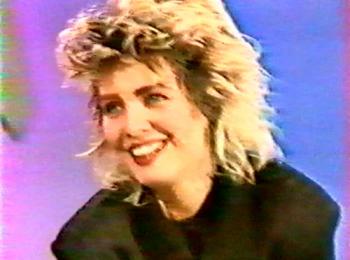 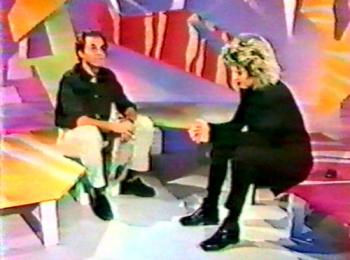 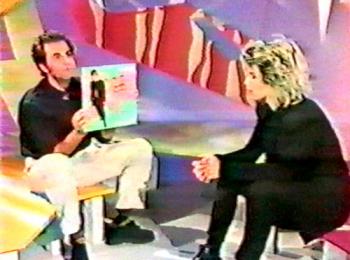 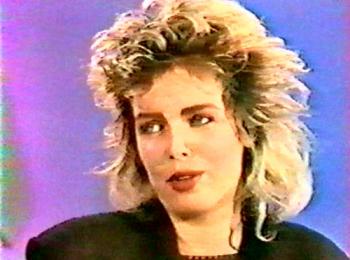