Kim is interviewed about her live performance, tonight, at the Action for AIDS concert in Wembley and her new single 'Another step (closer to you)'.

[...]
It wasn't like I'm going to carry on the family name or it wasn't for any other weird reason other than the fact that I just love pop music and I love singing. I was determined to be involved in it somehow.

Dad's rubbing his eyes out now, isn't he? You've made it. I don't think he at one time did he think you're gonna make it, did he?
Well he's a bit of a pessimist about most things but I think inside he kindof, maybe, he was a bit more optimistic than he led on.

What about yourself? I mean you've got 'Another step' coming out, which we'll hear shortly, and an album, all sorts of things happening for you, working with Prince, it's all happening so quickly...
(Surprised:) Prince?

Junior!
Well, yes, that's right, Junior actually. I have a record out now called 'Another step', which I'm here to plug away, as well as the concert tonight...

Well you didn't actually meet him, did you?
Actually, I've met Junior just very briefly over my six year career and not actually got to know him very well, but called him up anyway to do this duet with me because I love his singing and I thought it was about time he was listened to again basically. Actually I heard on the radio they played 'Mama used to say' this morning, so everyone wants to hear Junior sing again which is just as well because he's making a new album. (Smiles) He's gonna love me.

It's not an easy decision is it, to work with someone like Junior with whom you've had no rapport before. I would have thought the natural thing would have been to go on on your own because you are a big name on your own Kim.
Well the thing is, when I wrote this song, what happened was I couldn't sing the low bits when I was writing it with my guitarist.

['Another step (closer to you)' is played while photographs of Kim are shown on screen.]

My daughter thinks that's smashing. A sure number 1, she says.
Well that's great, how old is she?

Have you ever done the dirty on anyone [on April Fools day]?
I used to do it. I used to be a fiend on April 1st with my mate Clare. We used to get up to all sorts of dreadful things, most of which are highly unmentionable, but we did fix her parent's milk bill once which was highly hilarious, because they're very organised by these things. We put on until it kindof got into nearly a 100 pounds. We came back to find them puzzling over it phoning up the milk board and having a complete nervous breakdown about it, but I really enjoyed doing those. In fact I'm really disappointed I didn't do any this year.

You've got a big concert tonight, Kim. Do you get nervous still when you get on stage?
Well I will be tonight, I think. Because I'm gonna sing a song with my dad and my brother just gonna be playing piano and it's just gonna be the three of us and... I don't know... I will be very nervous.

Just remembering Paul McCartney at Wembley is the big fear that suddenly all the microphones fail to work and all the amplifiers fail to work and just sitting there like a dodo. Does it happen?
I guess, yes of course it happens, Paul can tell you about that. Yeah, it does happen. But it won't happen tonight. Tonight's gonna be a very successful night, I can feel that.

It must be amazing when you're playing alongside such big names. Won't you sometimes think 'I can't quite believe this, you know, it's just little Kim Wilde, what am I doing here?' or is that quite normal now? Have you gotten used to all that?
Well I still get pretty starstruck about some people. I think for me in fact tonight is going to be quite strenuous to sing because we're singing an Elton John song and Elton John's gonna be there.

At what time does it start? 7.25 or something?
I believe so.

Plenty of seats still available to join Aids day at Wembley. Good luck to you Kim. 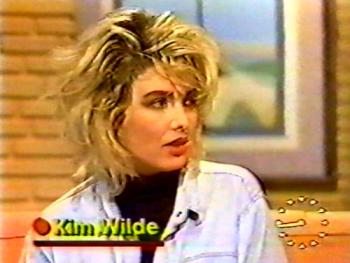 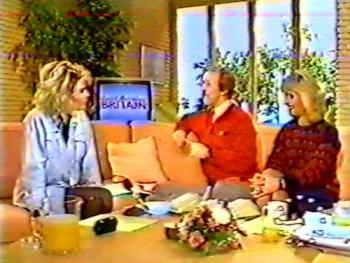 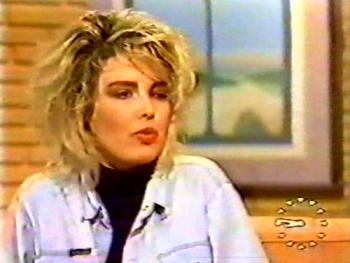 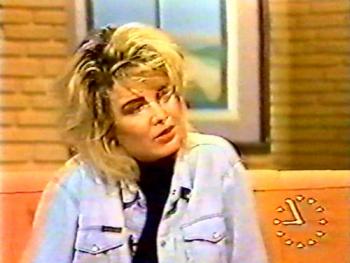