Interview with Kim Wilde about her hit single 'You keep me hangin' on'.

Your dad is Marty Wilde, a lot of people here in North America don't know who he is. He was a big star in England and he's still playing arond, rock 'n' roll. Was it your dad saying, 'come on, pick up the guitar, play the piano, sing backups with me' or did you say 'dad, I've got to tell you something I have to sing' and he's going 'no, don't get into the business'?
It was more like that. He really made me stay at school and encourage me academically, which wasn't too much of a problem because I really quite liked school and I really liked being there, especially towards the end when I stayed on and I went to college. But by that time I'd gotten involved in art. But he was always really supportive of that, you know. He thought art is not the most reliable thing to go into, not the most stable thing, but it's gotta be more stable than rock 'n' roll. But I was pretty determined to be a singer all that time anyway.

It must be an interesting relationship that you have with your father because he produces you and he's also writing all your songs earlier on in your career, so then when it comes to the dinner table-...
Well he doesn't actually produce me, my brother produces me, and my father and my brother have written for many years now, since the beginning of my career. They wrote 'Kids in America' together and they write a lot of songs, but my brother is the producer. And as for the dinner table, we're very rarely at the same table eating at the same time because I live alone in London and they live somewhere else.

So is it really like a business relationship? Where do you draw the line between business and dad? It must be a weird relationship working with your father?
It's not weird at all. It just... as for borrowing money you know... he'd borrow some money off me... I wouldn't say that, I wouldn't say that! And it's not true! Um... I don't know he never brought me up to treat him like any different than what he was. He sort of like said 'here I am, I smoke 16 cigarettes a day, I get drunk sometimes, I act like a complete prat sometimes, and I'm not gonna hide it from you. This is the way I am.' So I never grew up looking at my dad thinking of him as being some fantastic image of perfection. And he never expected that from me. So he's very hip.

I was reading an interview with you in the British press. One of the guys a few years ago called you a pop puppet. I'm thinking of that, that's because someone has written your songs, you went to an image consultant... How do you respond to something like that?
Well I've never been... primarily I've never been into image that much. Right at the beginning of my career I certainly wasn't consulting people about that. I was wearing pretty much the same clothes I am wearing now. As for being a pop puppet, well, I don't know.

I'm not trying to embarrass you but I'm curious as to why people get this perception. Is there any truth to it, in a sense that in the beginning of your career were you really just the voice? Was everything else done for you and has it changed a lot? What was going on then? I know that now it's not the same, now you're producing your own records and you've grown up a lot in front of people....
Well I think it was very obvious I had a famous father and my brother was writing and producing me and I was singing. That's as far as people saw. They didn't actually realise that in the studio we were working very much as a team and I did have my own brain in here and... I don't know. I can't even answer questions like that. I've been making records for six years now and I disregard any comments about... Had I just hung out for a year or two and blown out maybe they'd have had something there but I think at this point those remarks are sort of obsolete.

Now you are doing it, now you are producing and writing and this latest album is your own work. Did you find it frustrating that the single that they chose was one of the very few songs that you didn't have a hand in writing?
No, I wasn't disappointed at all, I was really proud of our version of it and I felt that it merited going out on its own strength as a single. It didn't bother me at all. Because I knew an album isn't about putting out one song, it's about putting out maybe three or four. So I was very confident that the three or four other tracks were going to make it as well. In fact we released 'Another step', which is a duet on the album, in the UK, it's just recently gone to number 6 there. I had a lot of confidence about the whole album so I wasn't worried about 'Hangin' on' at all. Especially when it does so well.

Why did you choose that song in particular to cover?
It's just... It's very strange. That song wasn't one that I chose to do personally. My brother chose it. He didn't have it in his collection, it wasn't one that we particularly liked. It just came. He was in the studio, we have our own recording studio, and he was mucking about on the piano and there were some chords. These chords sounded very familiar. He thought about which song they were from, and it was 'Hangin' on'. So we wrote off to the publishers to have them send us the music and we just took it from there.

I understand this version you're very proud of as well because you feel that you're saying something differently than the Supremes did twenty years ago. Can you explain that?
Well, to be quite honest with you, I haven't actually put the Diana Ross & Supremes version on of late, although I have a very strong feeling about how that song came across when I had heard it in the past, which was quite servile and quite , what's the word, sort of... You get the idea from Diana basically that this guy's done her real back but she'd have him back anyway. Which is pretty much the attitude if you think about it women had at that time. They were brought up to get married and to make that whole thing work for the family and career was very much a secundary thing. I was brought up completely in the opposite way. Career is just as good, you can go for it if you want it, you know. So when I sang this song, I wasn't gonna forgive this guy at all and he'd done me bad and I'd say 'just get out of here'. There are other things than being married, there are other things than having a relationship. There are more things than some guy screwing up for you. 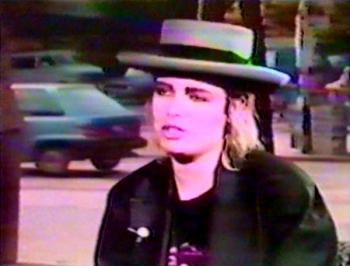 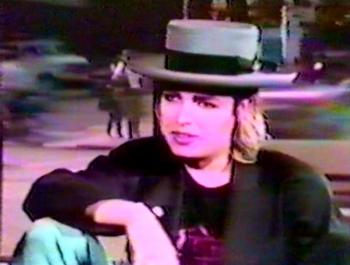 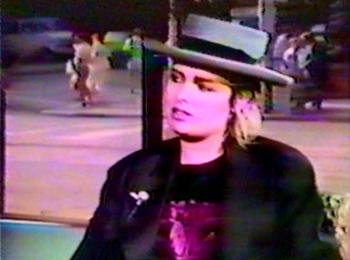 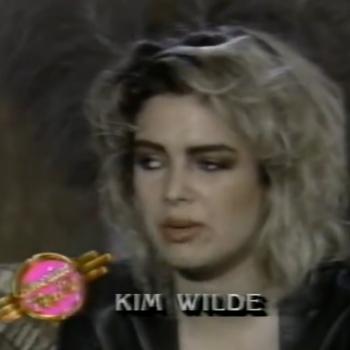