During the fundraising television show for Comic Relief Kim is interviewed about 1987's 'Rockin' around the Christmas Tree' together with Mel Smith. The video is shown.

This video, it was a first for you with Mel Smith, wasn't it?
Yeah it was!

A last as well?
I hope not. I mean, there's the album of course, to be made, which we discussed of late, the concept album, but I feel it's a bit too premature to talk about that just now, right.

In that case, let's go straight to the video. Here's 'Rockin' around the Christmas tree'.

[The video is shown]

And have you got that all on you?
No, I don't have it with me just now. 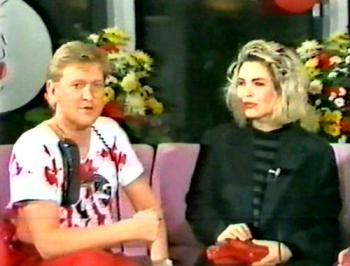 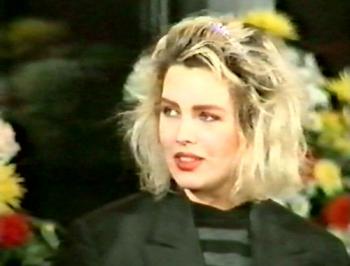 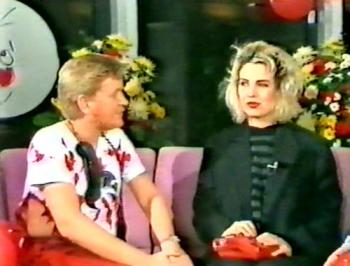 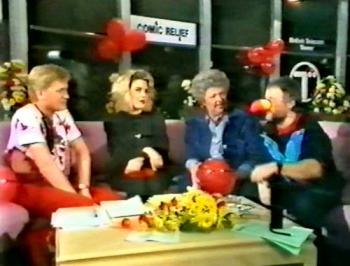 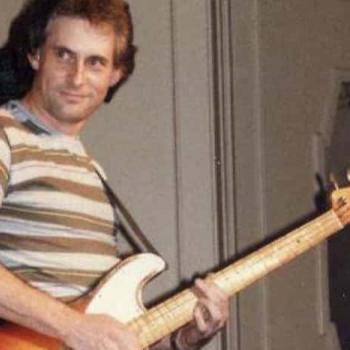 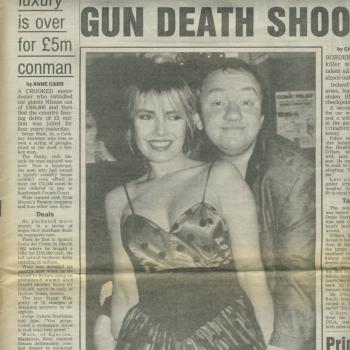 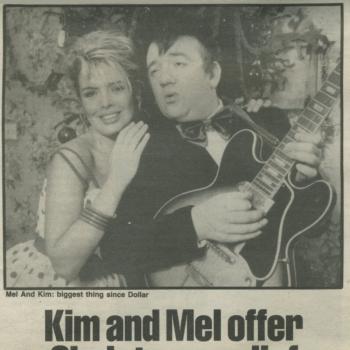 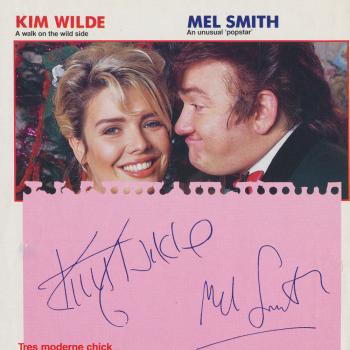 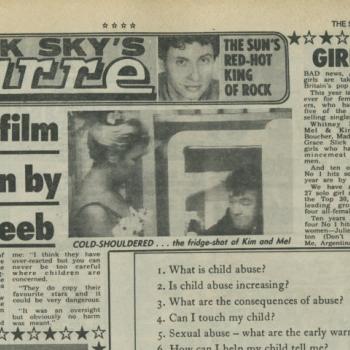