Interview by Simon Potter. Starts with a compilation of clips from a.o. 'Kids in America', 'Chequered love', 'Another step', 'Say you really want me' and others, and also shows 'You keep me hangin' on' and 'Hey mister Heartache'.

How do you look back at your older material? Does it embarrass you now?
Oh yes. Absolutely. I mean some of those videos really embarrass me. Some of them don't embarrass me but some of them do, like 'The second time', me dressed as a ridiculous woman with a white wig on, and then which other one do I cringe at, oh yeah, 'The touch', but you didn't show the embarrassing bits of 'The touch' but oh my God, that was an atrocious video.

'Chequered love' featured Calvin Hayes from Johnny Hates Jazz, drumming away for you there, but you also said there was an interesting outtake from that particular video. What was that?
In the shower scene, when I was looking sortof blissfully, I don't know what it was supposed to be like - Briant Grant, he's such a pervert - but it was freezing cold, it was like 20 below and I was shivering, in absolute pain. I had all my clothes on and the director was having a fun time watching my t-shirt - anyway I won't even go into that... It was supposed to be sortof serene and in fact I was in agony, but it does work quite well, I think.

More recently, of course, you've been working with a whole variety of people and you've said you wanted to get much more involved in the songwriting process yourself. With your new material, have you been able to do that?
Absolutely yeah, the last few albums and especially the last album, and now of course this one, and the new single which I wrote with my guitarist. I've been working really hard. People have been saying 'what have you been doing', wondering what popstars do when they're not being a popstar, well actually I've been working really hard.

How much is it a question of having to live down the fact that you're quite attractive, you're a daughter of a famous popstar and you may just be a dumb blonde who has been thrust into the limelight?
I've been making records for... I'm in my eighth year now. I mean, I think really gradually people have been coming on to the fact that I'm actually really into music. I don't care how long it takes until people say 'God yeah, Kim is really into music'. If people say that I won't mind. That's as much as I want anyone to say about me. I don't want any great accolades. I'm really happy doing what I do. My ego doesn't need that kind of massaging.

Of course, and it was for charity wasn't it?
Of course it was for Comic Relief, which was the best thing of all. It's unbelievable, they did the Red Nose Day, everyone got really involved in it. They made something like 40 million pounds. It's amazing!

At the time you said that charity and perhaps helping kids was something that you increasingly wanted to do in your career. Is that still an aim?
Very much so. I love working with young people. And I'm quite involved with the National Association of Youth Clubs. I just like young people.

What prompted that desire?
Um... Well we have a lot of young people work at our studio, actually, a YTS (Youth Training Scheme), and I know it gets knocked a lot, but we have a lot of kids - a lot of young people come up to our studio and they do a bit of work experience. A lot of people who have done that have stayed and gone on to become fine engineers or people, you know, whatever they wanna do. And that's really what prompted me because I just thought 'God, you know, young people have so much to offer and they just need the encouragement. So that's just as much as I can really do, encourage people and if that's... you do what you can do. If I can go out and encourage kids to do things... We all need that kind of...

Talking about 'Rockin' around the Christmas tree', it showed you off as a very good actress, I thought. And the last time we spoke I think you were kindof maybe thinking about broadening your career and looking at acting as an alternative to music or maybe running it alongside your musical output. Is that still a goal?
It's not kindof like a burning ambition and I never got into the music business to become an actress. I got into it because I love music. Acting is something that I have a tremendous respect for, for people who can do it. I've never been terribly convinced of popstars who made that transition and I really don't know. I'm not sure. I'm not convinced. But I thought since... rather than waste 14 million or a couple of million pounds of some poor film director's money - producer's money, I'd use my own money. 'cause my own money buys my own videos - I pay for my own videos - and I thought I'd do a bit of acting. So I tried it in my latest vid.

Kim Wilde, 'Hey mister heartache', a much harder sound on that, I think, than I'm used to from you?
Yeah, funky.

Very good. Junior was on backing vocals. I know he's been a keen collaborator of yours. Why do you like working with Junior so much?
Oh, I love him, that's why. He's very talented, you know. You ask him to come to the studio, you don't know what you're gonna get, he just heaps loads of wonderful things onto you. He has loads of great ideas. He just makes magic things happen.

It brings me on to another subject, I dug this out of one of the music magazines just the other day, and it's the James Hamilton column here, he talks about dance music. There's an entry here, called MYK and 'Mr. Heartache'. He reckons in reality that's Kim Wilde with Junior. Is that a special dance mix or something? Maybe it's a bootleg copy you know nothing about?
Oh. Interesting. Oh I don't know. Je ne comprends pas du tout.

Oui. C'est ça. Well never mind, I thought I'd throw that one at you and indeed you know nothing about that. Strange but never mind. Wish we hadn't now! The family of course have always been important to you, we talked about them a bit earlier, and still very close to them obviously, I mean not just in a work sense, but it goes deeper than that, doesn't it?
Yeah. I love my family. But I work with them and it works very well. My mum and a guy we have working with us, I've known him since I was a teenager and he works with us now, it's great because I have people around me who take care of business but I love them too. It just seems to work. I mean, sometimes we get on each other's nerves, but that's a very rare occurrence and a human sort of thing.

So the new album, very quickly before we take a look at you and Junior and 'Another step', it's been produced by Tony Swain.
Tony Swain and my brother, Ricky Wilde. And it took us a few months. We didn't take an awful long time to do it. We took a long time getting a lot of material, we discarded an awful lot of songs. Anyone out there who needs any pop songs... just get in contact with our publishing company. 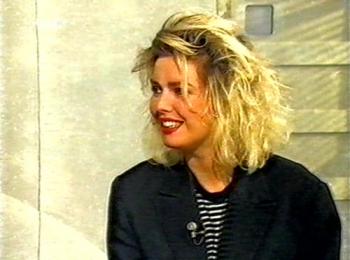 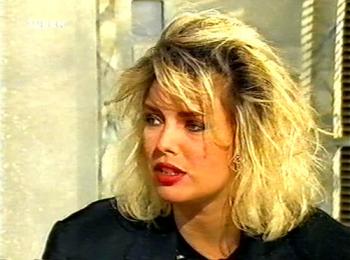 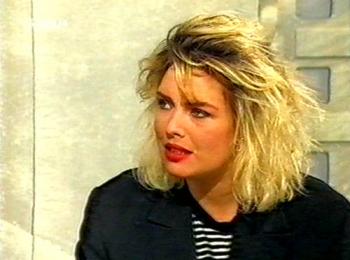 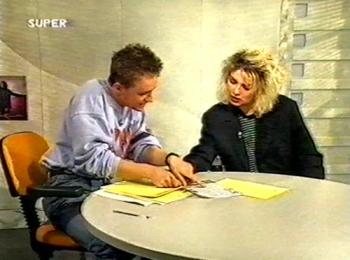 After ten with Tarbuck 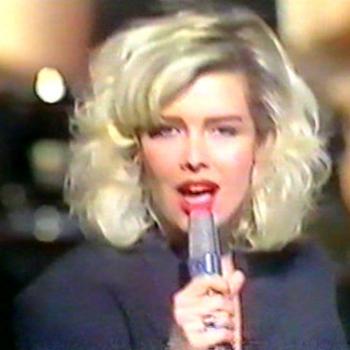 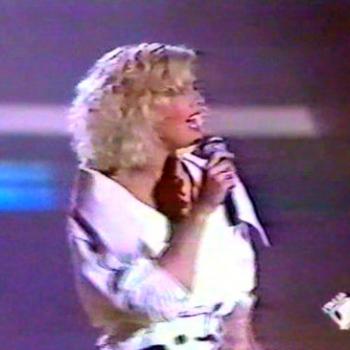 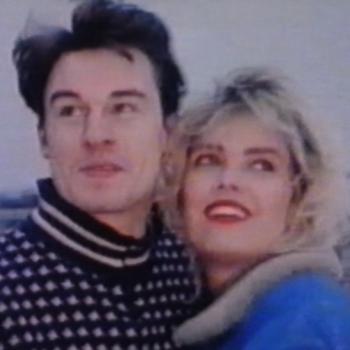 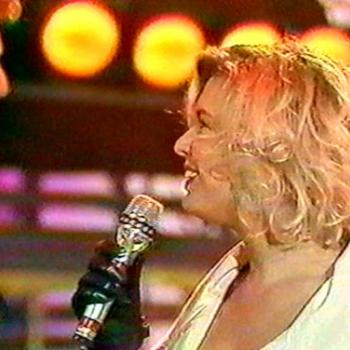 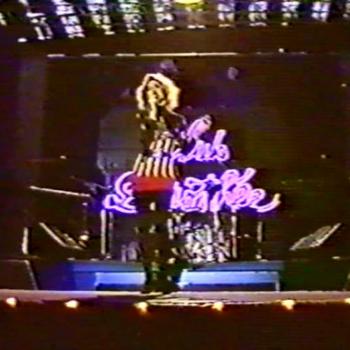