In a short news clip presented by Simon Potter, Kim responds to the rumour that she has been tipped to take on the role of Evita in the movie of the same name, after producers were shocked by Madonna's live show.

Kim: "I read about it, I was as amazed as everyone was, you know, that it got written about. There's a lot of stuff that isn't quite true about me. Wouldn't mind if it was true, but not quite."

Not quite, is there any truth to the rumour at all?
"Not that I know about (laughs). There's lots of things that I read about in the papers about me that aren't true."

Would you like to do the role?
"Um... I don't really know, I've never even thought about it. And I don't even know if I could really act that well. I don't know. Maybe. I haven't actually given it a lot of thought. I see so much stuff written about me in the papers that isn't true, that I don't take much notice." 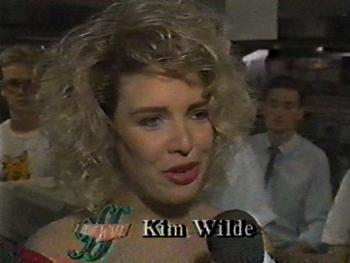 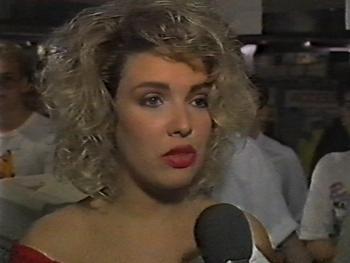