Kim is interviewed by Jonathan Ross. Kim says that she has now met Michael Jackson during their tour together and that she thinks he's "sexy". She tells a bit more about the goings on during the tour, after which the video for 'You came' is shown. Kim explains about the subject of the song.
Jonathan mentions that she might get into some sort of merchandising line, and has actually prepared one.
Kim then performs 'You keep me hangin' on' live with the house band during the end credits of the show, with Jonathan, wearing a Michael Jackson mask, "dancing". 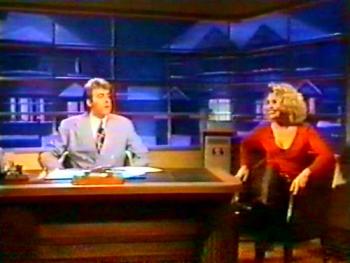 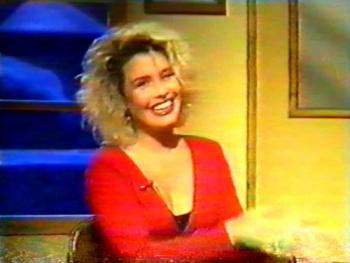 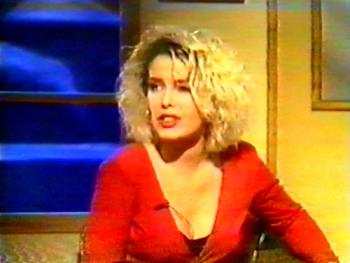 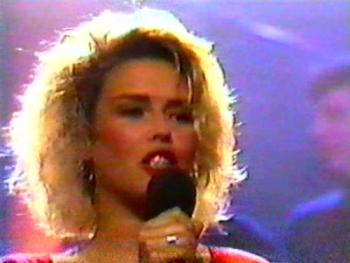