Kim Wilde is interviewed about her tour with Michael Jackson, earlier in the year. The video for 'Four letter word' is shown, which Kim has only seen once before. She then talks about songwriting for a while.

Note: Date is an estimate

You've had an incredibly busy year, haven't you, with all of the Michael Jackson tour and the promotion, are you going to have a rest over Christmas?
Yeah.

What are you gonna do?
I'm just gonna hang out with the family at Christmas and just have a couple of weeks off, you know, just doing normal things for a change instead of whizzing off to airports and worrying about getting my washing in my washing machine worrying whether it's gonna dry in time before I leave for the next plane to Paris.

A lot of people see it, obviously, as a very glamorous life flying from place to place and supporting someone like Michael Jackson but by the end of the tour did you feel 'I just want to get home'?
Well, sort of. I mean, I was home anyway because we finished the tour in the UK in Liverpool and Leeds and places like that. But you know I guess I was kindof glad that it was over 'cause there's an enormous amount of pressure for me to do well and to command the situation, command an audience that was primarily there to see Michael Jackson, and I was quite glad to wave goodbye to that sort of pressure and get on with my career and the usual pressures of that. For all the pressures that my career has it's a great job and I'd never sit and complain about it.

You've mentioned seeing Michael. Lots has been made of the fact that you've seen Michael once yourself to chat to, during 35 concert dates. And yet he saw the younger members of your family first of all, didn't he, before he agreed to see you?
Yeah, we were in Rotterdam at the beginning of the tour and Roxanne and Marty, my brother and sister, came to see me in Holland and they disappeared somewhere. I was a bit concerned, and I mentioned 'where are the kids?', as they were normally playing outside. And my tour manager said, 'Oh they've been called in to meet Michael. And I was gutted, Roxanne walked in and I said, 'Come here!'. And I thought it was quite funny but you know I didn't... I kind of expected that from him. People say 'weren't you disappointed that you didn't get to know him better?', well I suppose so but it's never been a big thing of mine to meet the stars and be chums with them for the sake of it, just because he's Michael Jackson. Had we got on, it would have been fine anyway, but it's not a big dream of mine to have their telephone numbers in my book.

Why do you think he's such a sort of hermit when he's on tour? Is it because he's terribly shy, people say he is?
I think that's possible because when I met him he seemed very shy indeed. But it's hard to say. It's such a gruelling tour, it's only just ending now and a two year tour... It's tough doing a few months tour, but two years... Such a demanding schedule he has. He has to deal with it and I think being alone is an important part to keep his head together, you know?

What about next year for you? More tours?
Next year probably more tours, more TV, promotion... you know all the same stuff... a new record and I'll continue to record. I'm not giving up contrary to what some newspaper wrote.

They always get it wrong, Kim you know that. One of the things that keeps you going is you're very level-headed. Most of your friends have got nothing to do with showbusiness do they?
They're not, actually. They're nurses and... er, what do they do? (Laughs).

Whose video would you like to see right now?
Mine please!

That was about the second time you've seen it?
Yeah.

Do you like it?
I do, yeah. I wasn't sure the first time I saw it but I quite like it now.

There's some wonderful shots of you. 'Four letter word'. Well you know what I'm gonna say don't you? Is it 'love'?
Yeah well of course 'love' is a four letter word. There are many four letter words as you know... Love being one of them.

It's not about you, isn't it?
No, it isn't actually. I have to say I didn't write that song. It was written by my father and my brother. So it's not an autobiographical ditty.

You know there are some stories about you with some member of Breathe, this rather wonderful band.
Breathe? I think you've got the wrong band, but it doesn't matter. But they're very cute too, of course. Very talented.

Tell me, is the Wilde family cooperative, it must be going at full swing because how many songs of the new album have you written?
I think they're about eight or.... I co-wrote a lot of them with Ricky. And this one in fact was written by my brother and my dad but most of them I wrote 'cause I like to do that these days.

Is it easy? Is it just a blank page and you sit there wondering how on earth can I start the song?
How it works when I write with Ricky is he will record backing track pretty much and I'll work on his backing track and write the lyrics from that. When I'm writing music myself then I sit in front of a keyboard and I usually write with my guitarist Steve and we just sit there and he plays on his guitar and I just go (hums). And then it goes down and I whack it on a 12 track I've got at home. 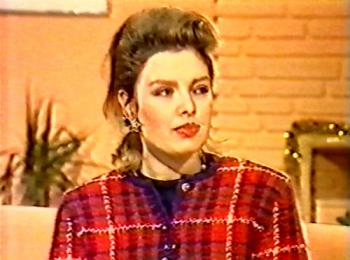 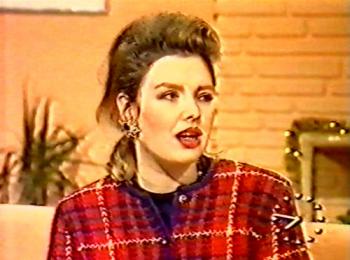 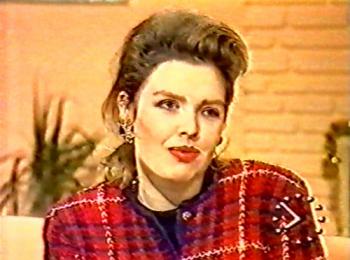 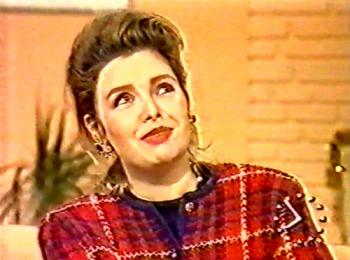