This German programme takes the unusual step of comparing two artists to see which one of them is the best or most successful of the two. Viewers can phone in for their favourite. In this contest, Kim Wilde and Whitney Houston are compared. In the piece about Kim, videos from her singles are shown with a German voiceover telling biographical facts about Kim. The same is done for Whitney after that. 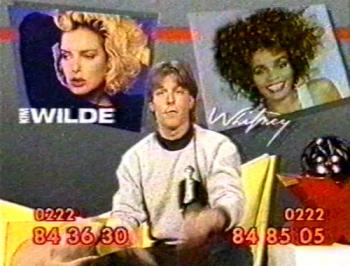 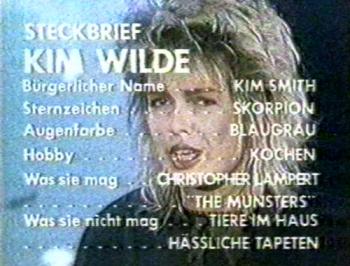