Kim is asked a question while she is taking calls during the Comic Relief charity evening.

Kim, what are you doing later?
Oh, I'll be appearing in a sketch with Neris later and also taking calls...

The sketch is called 'The last waltz' and is indeed shown later in the evening. Four older women (played by Felicity Kendal , Polly James, Caroline Blakiston and Linda McCartney) ponder on the harsh facts of getting older, then finally seem to accept the fact that life chisels one into a 'work of art in the gallery of life'. Then Kim waltzes in and looks into a mirror, saying 'is it this light, or am I putting on weight?'. The older women run off, quite distraught. 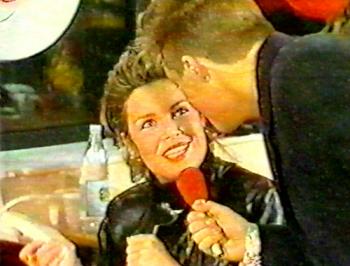 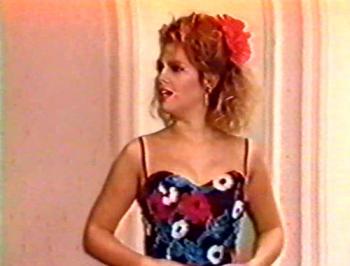 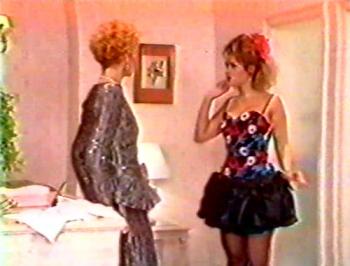