Kim lipsynch 'Time' in what looks like a barn, dressed in a black skirt, a white shirt and a white jacket. She is backed by a band consisting of two guitarists, a drummer and a keyboard player. She is then interviewed by a female presenter, and later by a puppet named Nobby. Kim Wilde finishes by lipsynching 'You came'.

Very good song. Did you write that yourself?
I co-wrote it with Ricky actually.

Ricky's your brother.
Yeah, and he produced the album as well.

So how long have you been working with Ricky?
All my career, about nine years.

Oh right. Of course, you come from a very musical family, your father Marty and Ricky. You built a studio in your house, didn't you?
Well, we've actually built a studio in Knebworth, where the festival is this year, and we've built it about seven years ago and I record all my albums there, so, yeah. It's not in our house though. I live in London.

Oh, right. So how do you write your songs?
I play keyboards, so basically I just sort of sit down and mess around with some ideas and then usually I transfer it onto computer and then just rearrange it. That's a recently new development.

So you've come to Ghosttrain from Paris. What were you doing in Paris?
France has a festival called 'Fête de la musique', and they celebrate music all over the country, all the towns in France they have their own festivals and TV shows, so I think we should have one here, so I'm thinking of writing to the MP and start lobbying for our own Fête de la musique, all over the country, one day a year, on the 21st of June, the longest day of the year.

So you've come to the Ghosttrain to do your new single which was called 'Time', what is your LP called?
The album is called 'Love moves', it's out now.

And you've been singing for about ten years, isn't it? Your first song, what was that called?
That was 'Kids in America'.

And of course we saw you playing with Michael Jackson, so what did you do afterwards, did you go on a big holiday because it must have been...
Well yeah I was on the tour for three months and I got really tired so I only had a month off and then I started writing for the album. If you're in the music world it's like after you finish writing you're promoting and then you're going on tour. In fact I am going on tour in September/October. 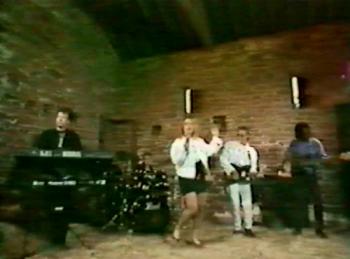 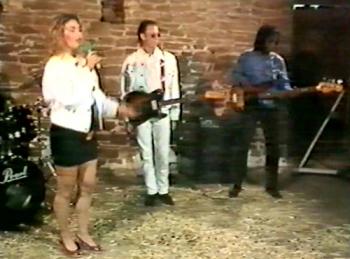 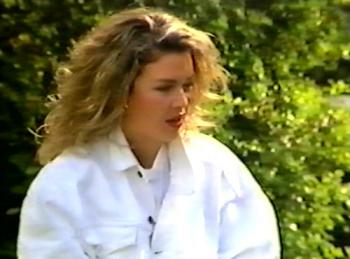 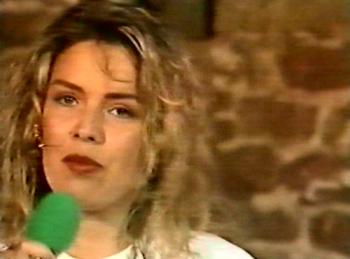 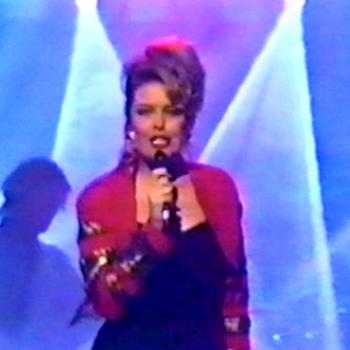 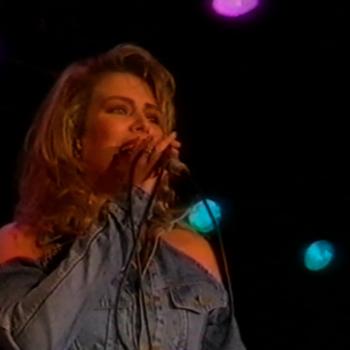 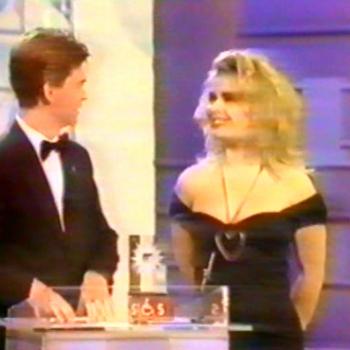 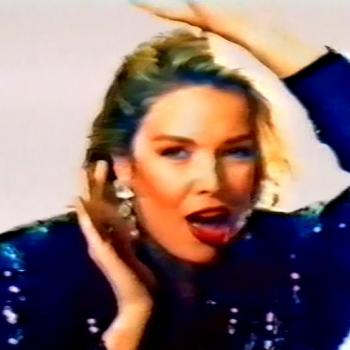