The Holiday show was a quiz show, televised for a few seasons in the early 1990's on Dutch TV. Every week, one artist appeared in the show to perform a song. The November 5 edition contained a performance by Kim. She lipsynched the song 'World in perfect harmony' on a smoke-filled stage, wearing a black coat and a miniskirt.
At the end of the performance, presenter Frank Masmeijer gives her 'some Dutch flowers' and applauds while quickly walking backwards. 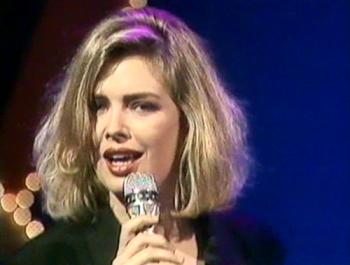 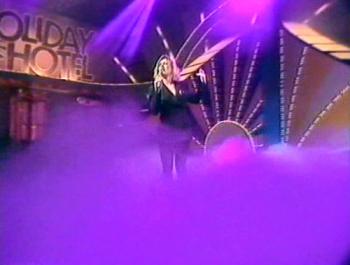 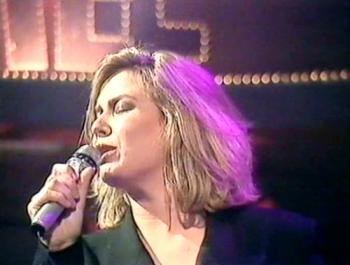 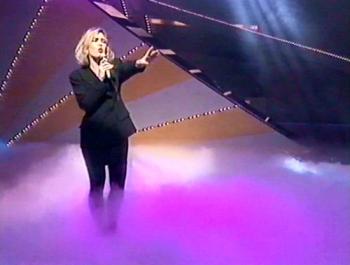 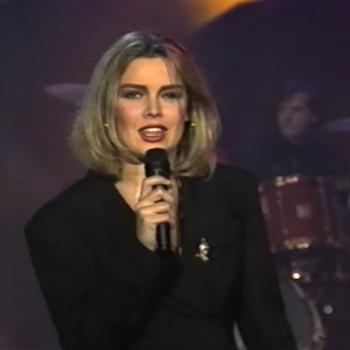 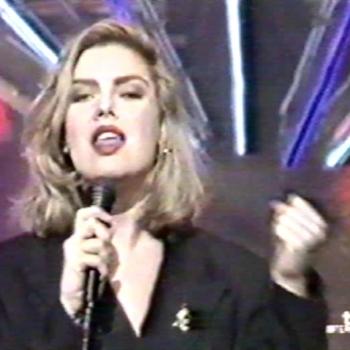 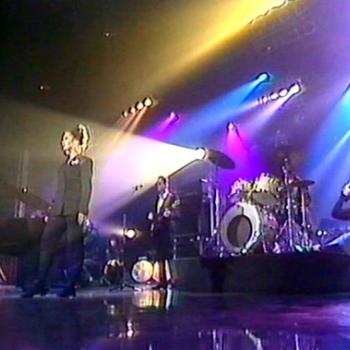 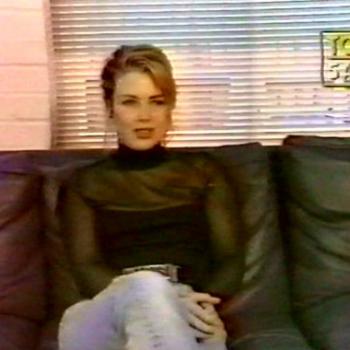