During the season 1989/1990 'Toppop gogo' was presented by four or five radio DJ's. One of them was former Toppop presenter Bas Westerweel. He conducts the interview with Kim shown in this edition of the show. The interview is not very outstanding: it's the same questions about the new material, how some of the songs came about. Kim wears a white jacket.
The five-minute piece concludes with the clip for 'It's here', which the presenter asks her to present. She responds with: 'Here's my video!'. 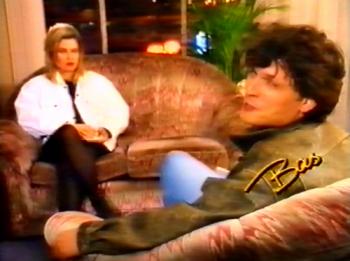 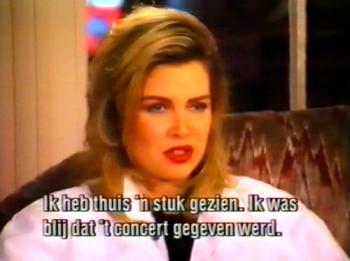 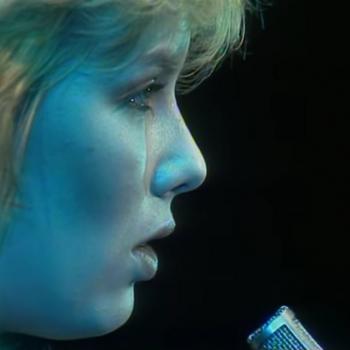 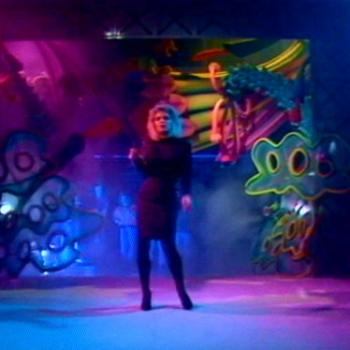 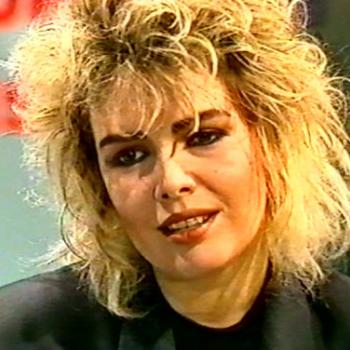 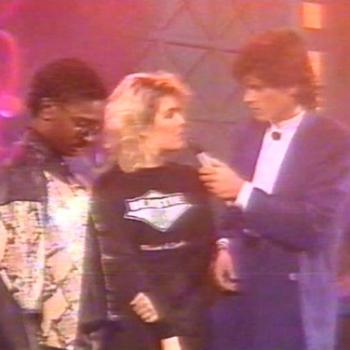 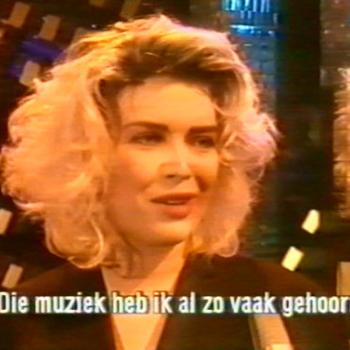