A rare TV appearance of Kim and Marty together. In this clip, they are both interviewed at some length. Also, a clip of 'Teenager in love' by Marty is shown.

Have you ever been on TV together before?
Kim: No, not like this (laughs).

Because you kind of avoided that, didn't you, at the start? You could have sort of cashed in on the fact that your dad was in the business, but you've made that conscious decision not to. Why was that?
Kim: We just felt it was like it would be overdoing it for everyone. Everyone knew I was Marty's daughter and obviously I just wanted to establish myself in my own right. So now after 13 years I think I might have achieved that (laughs) so here we are.

Was it inevitable that your children would follow you into the pop world, do you think?
Marty: Well, I suppose with all the influences at home, I used to play hi-fi very loud and things like that, but I wasn't too keen on it initially. I'm pleased that she did it now, she'll keep me in a nice old people's home won't you?
Kim: I've already told him it'll be the very best one, and no messin'.

Of course, your brother as well is... He's your producer too, isn't he?
Kim: Yeah, Ricky Wilde, he co-wrote in fact all the hits mostly and Ricky and Marty wrote all the, actually the first side of the Singles Collection, everything from 'Kids in America' right through 'Four letter word'. And now Ricky and I write together.

You're also a very strong family unit, which is good too, do you help her with problems, or do you let your children make their own mistakes and go their own way?
Marty: No, I must admit I was one of those dads that used to interfere sometimes. I did interfere. But I couldn't, sometimes you can't let a child go down a wrong avenue. If it's that wrong, you have to say something. And sometimes we've had minor clashes like all families. But actually I think my daughter has given me as much advice as I've given her over the years. She's very intelligent. And sometimes I'm in a situation and she'll say: you're wrong there. So I have to listen to her.

It has changed a lot. You started in the late Fifties. It seems that it is more cynical now and it's more of a business. Was it always like that, because people do tend to look back at the old days and say 'it was good fun then and it's not as much fun now'.
Marty: There was a lot of naivity. I mean, nowadays, you know, most acts are armed with a barrister and an accountant, they're the two most important things. I think it was naive and no doubt about it. But the whole world was, I think, to a certain extent.

You were obviously very keen from a very young age as we can see here (photograph of Marty and Kim shown, with both touching a guitar). There you are with your daddy. Isn't that lovely?
Kim: Oh, it's so sweet! Yeah.

When did you first spot there was any talent there, Marty, that there may be something?
Marty: I never looked it... It was Micky Most really that spotted Kim that way. I never looked at Kim - Kim was always to me Kim, my daughter. And if you're meeting someone every day in the house and you've known them since they were little you don't even think in terms of them being anything other than your daughter. Micky Most said that he thought that she had a great potential. I thought 'what's he on about?'. He said 'She's got a great face'. And there it was.

But you're great now, you've got everything sorted out and your boyfriend's ten years younger than you.
Kim: (Laughs)
Marty: (Laughs and jokes)

Listen your Greatest Hits is coming out, there's a video as well...
Yeah, it's all out today, I'm really chuffed, you know it's 13 years, it's the stuff that Ricky and Marty and myself have put together for the first time and we're really excited about it. I'm off to do personal appearances in Birmingham, Leicester and Manchester the next few days, so I'm really chuffed about it and really proud.

Let's have a look at dad. This is a cracker, this is 'Teenager in love'. 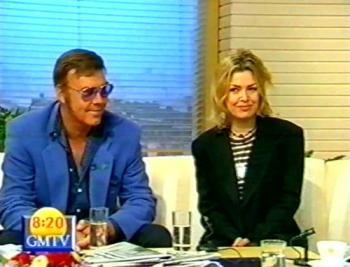 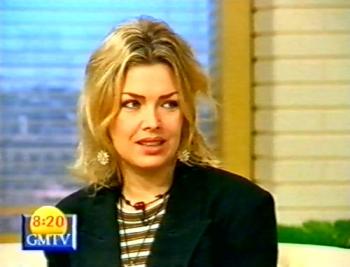 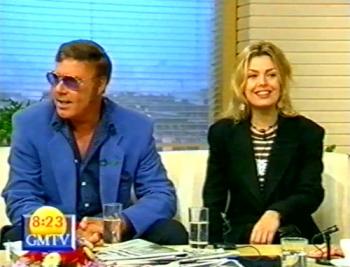 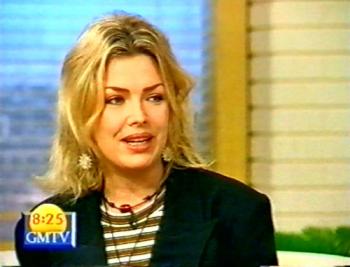 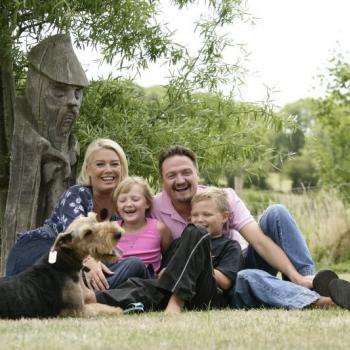 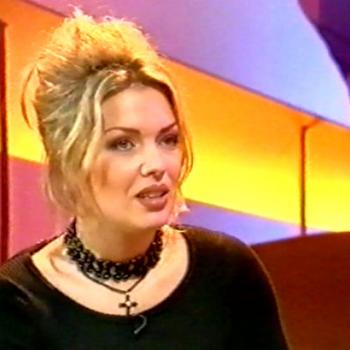 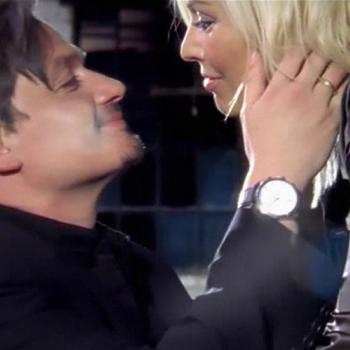 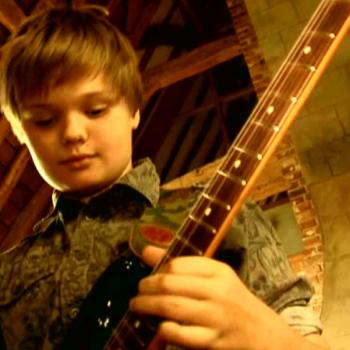 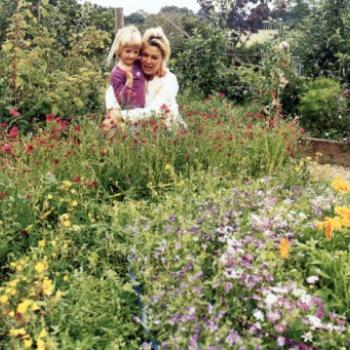