In this edition of a show based on the Dutch National Lottery, Kim was the musical guest. She lipsynchs 'If I can't have you'. She is supported by a large (Dutch) band, consisting of three female backing singers, a drummer, a percussionist, two guitarists and a keyboard player. They are performing before an enthousiastic audience standing in the ascending seating area. 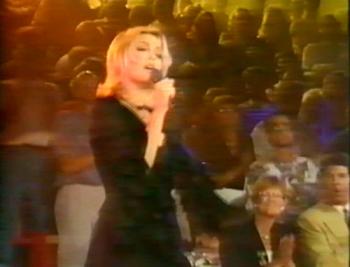 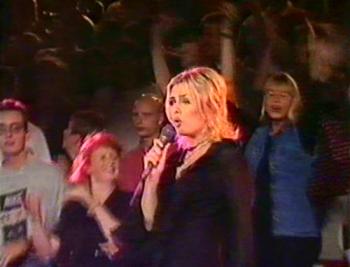 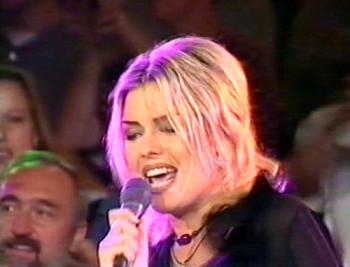 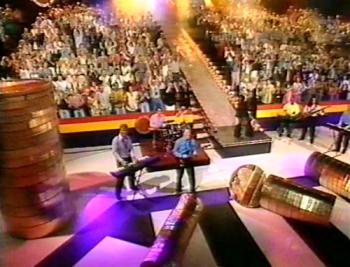 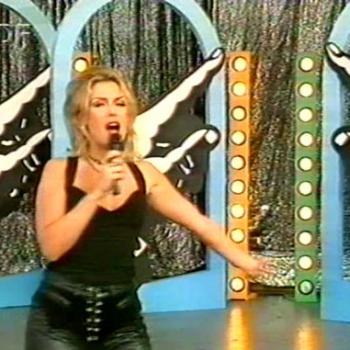 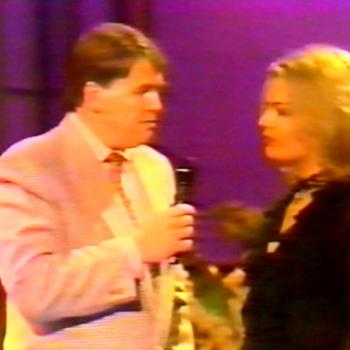 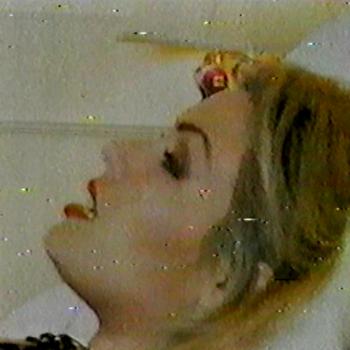 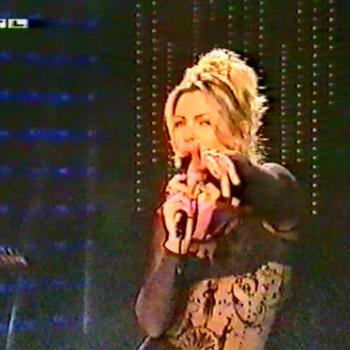 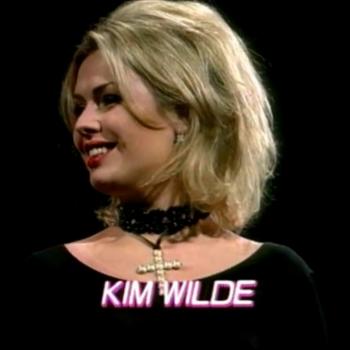