Kim presents this program for an hour, containing old videos of her favourite year (1981) and her favourite artists (Danny Wilson, Gary Clark, etc.)
The track listing for the program is as follows.

Hi This is Kim Wilde on 'Not fade away' and I'm going to be playing some of my favourite videos from my favourite artists which is Danny Wilson and Gary Clark, also videos from Elvis Presley through to Blur, but first of all I'm gonna start off with my favourite year which is 1981 and a great band which I was a huge fan of, Altered Images, 'I could be happy'.

And that was the lovely Clare Grogan from Altered Images and I can say lovely Clare Grogan now, but in 1981 I was so jealous of her, she kept nicking all the covers of the Smash Hits and all the magazines I was trying to get on the cover of. I suppose all these years later I can concede that she was a great popstar. Right, we're gonna put on our next video now by Haircut 100, and everyone loved Haircut 100, they were a great band, made great records in the early Eighties there. And Nick Heyward, whom in fact I met recently at a roadshow - and there were people like Tony Hadley from Spandau Ballet and Suggs from Madness and me, so it was like an old popstars convention - and Nick was standing next to Tony with a pair of sunglasses and I didn't recognise him, and I said, 'excuse me, are you a popstar?'. He sort of looked at me.. (chuckles). Anyway, here he is, in all his beautiful glory, Haircut 100, 'Favourite shirts'.

So 1981 is my favourite year because that's more or less when my career began. When I started travelling around the world and meeting all these other popstars. And I never really felt like one myself, which is very strange. I remember meeting Depeche Mode and Sting, and OMD... People whose videos we're gonna play later on. But one of the bands we met in one of the nightclubs one late night was Tenpole Tudor. With Eddie Tudorpole and the boys. And we had a right old laugh with them, became really good friends with them and I started dating Bob, which was quite sweet at the time, I was very excited. And his sister June, she used to play drums with the Modettes and I was a huge fan of the Modettes. So here they are anyway, Tenpole Tudor having a right old laugh in 'The swords of a thousand men'.

That was the fantastic Tenpole Tudor, one of my favourite bands in the early Eighties. And going on to one of my other favourite artists of that time it's Adam Ant, who was definitely making some of the best videos of that time. He was also incredibly fanciable, and everyone was madly in love with him and also copying his look. I think copying a look was something that came as a bit of a surprise to me when I used to turn up and find girls cutting their hair really short and dying it blonde, wearing second hand clothes. But in a way because I'd been brought up with fame and my dad had always instilled in me that fame really was a tool of the trade and it was very much a job that I was doing, so I never really got overawed by that. Well anyway, it was fun to meet Adam Ant, we actually did go on a few dates as well (laughs) but you know, it was all quite innocent stuff. And here he is, the gorgeous Adam Ant in 'Kings of the wild frontier'.

So that was the gorgeous Adam Ant. So we're gonna continue now playing videos from my favourite year, 1981. There were some great bands around at that time, one of them being OMD. Paul and Andy I bumped into a few years ago actually, they were playing live in Australia and they were really great, not normally a band you would associate with being great live, but they were. Here is one of the most beautiful songs that they've ever written I think. It's called 'Souvenir'.

I think the best way to finish off my favourite videos of 1981 might be with my own video, 'Kids in America' which started the whole ball rolling. 'Kids in America' was the first video I ever made and becoming a popstar for me was kind of by default. I was sort of rolling myself in as my brother's backing vocalist and I got spotted with this rather tragic haircut, which I did myself actually, I cut my own hair and dyed my own hair, with 'Born Blonde'. But I have a lot to thank that haircut for. I got noticed and started this whole mad career of mine. So here it is to finish off my favourite year, from 1981, 'Kids in America'.

So did you spot the sad Linda McCartney haircut? Seems like a good time to leave behind the year 1981. Hope you enjoyed it. Stick around because we're gonna play my favourite artist, Danny Wilson and Gary Clark, a bit later on, King of rock 'n roll Elvis Presley and Blur so see you then.

Hi, welcome back. We're gonna continue now with videos from my favourite artist. And I've chosen Danny Wilson. Danny Wilson didn't make the best videos in the world but they made some great, great records. I'm gonna kick off with a song they had out in 1988, called 'Mary's Prayer'.

So that was a great Danny Wilson record from 1988. Guess where I was in 1988? I was opening for Michael Jackson, which I was incredibly nervous about, but I had a great time, played 32 shows, all over Europe and in the UK and Ireland, over a three month period and it was an incredible time for me, gave me an awful lot of confidence and it was an incredible period of my life. But just prior to going on every night, Michael used to get very solemn and have his huge entourage and band standing around and say some prayer I suppose, to sort of pep them up before they went on. But we always had a sense that some of the band would just rather have a quick fag or something, you know...just before they go on. So we used to sort of take the rise out of it gently every night. We had the band standing around as if to make a solemn prayer and then... we put our left leg in... and ended up doing the hokey cokey every night. So we used to make everyone laugh, it was a bit naughty. Anyway onward we go. That was a great time for me and this is the second summer of love by Danny Wilson.

So Danny Wilson the band split up and from that Gary Clarke came and started making great records. The first album being '10 short love songs' which is my most treasured album in my record collection. We're going to play two videos now, from that album. The first song being 'We sail on stormy waters'.

What a great song there by Gary Clark and what a fine lyricist. I love listening to what Gary has to say about life. So, on to the next song which he released in 1993. And in 1993 I got asked to co-present 'The big breakfast' with Chris Evans for a week, which was really scary. I'd never done anything like it and an awful lot of fun. Especially since working with Chris was a real laugh and on air he'd do the maddest things, like jumping into the canal when I thought it was an accident and it wasn't. And me shrieking out this huge four letter word and the Big Breakfast people running down saying 'Kim Kim, you can't swear on children's television!', and I'd go 'Oh, you know, sorry...'. Dear me. Anyway, it was a great old jeer and gave me loads of confidence to do other things, other TV things, probably to do this programme... But here's Gary Clark, a beautiful song called 'Free floating'.

So that's the end of my favourite videos from my favourite artist, Gary Clark. Onward we go now, we're just gonna play videos that I like, from artists from Elvis Presley through to Blue Nile and Blur. So stick around and we'll have a.... (laughs)

Hi and welcome back. And now we're gonna play some of my favourite videos  and we're gonna kick off with one by Blur called 'Country house'. And I think Damon makes a great popstar. So here he is camping it up in the country.

This next video is by I would have to say categorically my favourite band and the most played album in my house. Blue Nile are a band that I introduced to my husband, who had never heard of them before and 'Downtown lights' is a song that I would have to say is our tune. We sort of fell in love to this song as we drifted off into each other's eyes and... anyway, please forgive me for getting terribly sentimental, let's get on with the video it's called 'Downtown lights' and this is for Hal.

Wow, what a beautiful, beautiful song by the Blue Nile there. Right, we're gonna continue with En Vogue. When they came out I thought 'Wow, what a relief. Great to have another great girl band all singing great tight harmonies again. Haven't heard that for a long long time. So here they are, the very sexy En Vogue kicking up with 'My lovin''.

So coming up we have, I think, one of the sexiest men that has ever walked the planet. But I'm not going to introduce the song, I'm gonna let him do that for me.

So there he is, the king of rock 'n roll, and what an important person Elvis Presley is to me personally, because if it wasn't for Elvis Presley, my dad Marty Wilde would never have picked up a guitar and become a rock 'n roll star and life would have been quite, quite different I'm sure.

Going from the king of rock 'n roll which Elvis undoubtedly is, we're going to the King of Pop. And the other day I was in a news agent's, buying my newspaper and my jelly tots like I do, and having a little old toe tapping session to this song that was like wafting over the radio, had to wait for it to be back-announced, and um, I heard it was Michael Jackson and 3T. Beautiful song called 'Why', I went straight out to buy it , but here it is, just for you. 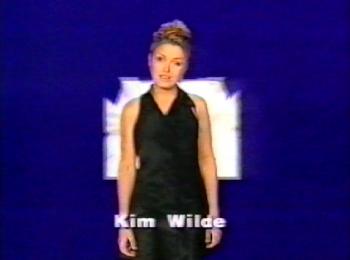 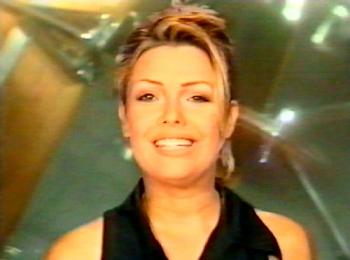 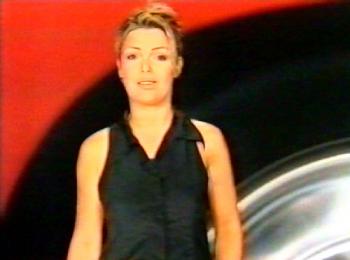 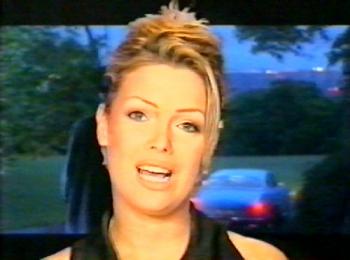 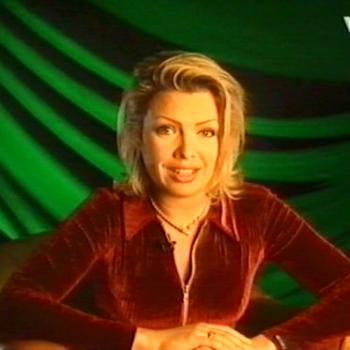 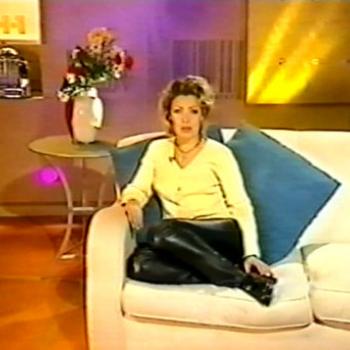 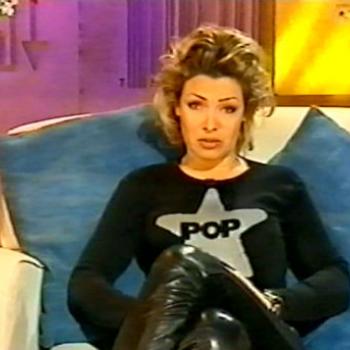 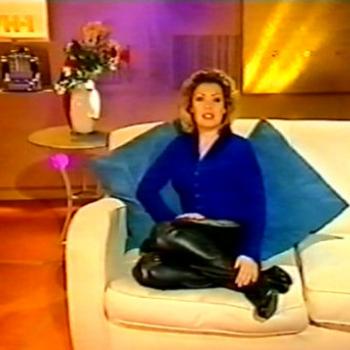 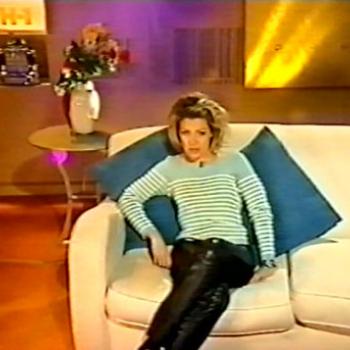