Kim appears a few times in this programme for interviews.

Is this the kind of thing you wear in the sack, generally speaking?
No actually, I wear nothing in the sack.

And why is that? Because these things kind of get caught up all around your face?
Exactly! It's not for any other reason than that.

Right. Well have you ever been to one of these pyjama parties before?
Actually I used to have a few with my girlfriends yeah. We had them quite regularly. We'd go round to each other's house, quick dinner, talk about a lot of stuff all night, you know, 'stuff'. And then we stopped doing that after a while because we started falling in love with our boyfriends instead of just going out with them.

Before you got serious with your boyfriends, when you were just kindof sampling the talent, is that when you were really dishing the dirt?
It was, we dished the dirt and I learnt a lot. You know, I learnt everything I know girls, thank you.

But did you practise on each other?
Pardon?

You know what I mean...
No, no, no not exactly. We practised on our men.

But you swapped tips, exchanged...
Well that tip about Vicks, that Vicks stuff you rub on your chest? Don't try it. Bad trick, just don't try it.

Tonight's poll asks 'how faithful are you?'.

So how do you characterise yourself, Kim?
I'm a pretty faithful sort of person. You know, my best friend I've known since I was eight and she's still my best friend, Claire. I'm also faithful to my boyfriends.

But what about one of these questions, if you ran into an old beau on holiday, ran into Chris Evans, and you had a lot of drink, would you...? Would it reignite that fire, there?
No, I don't think you can step into the same river twice.

No good stuff there, but how about love stuff now? Are you... What's going on with you?
Well... Do you wanna be... honest? It's just really lousy actually (laughs). I tell you what, there's some really cute guys in the company I'm working on, the Tommy project.

Oh yeah, because you're performing in Tommy.
I start Tommy at the 20th of February and there's some major cute guys there.

And what are they doing? Are they working backstage?
I don't know them very well yet, I've only known them for two weeks. 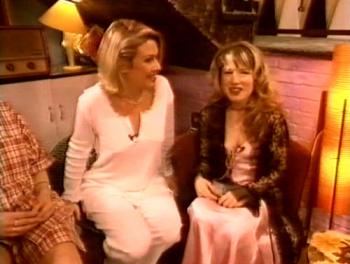 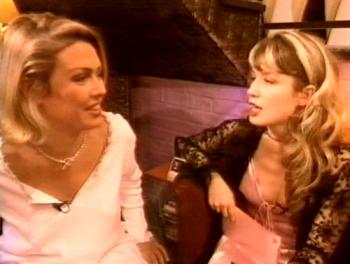 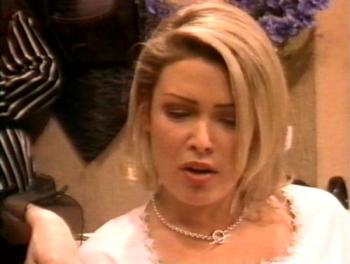 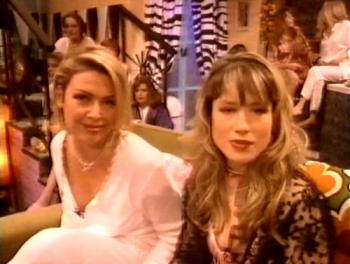