At the start of the first series of a new ITV program, "Better gardens", we are immediately presented with one star designer. The news of Kim joining the team of this gardening show hit the press in the UK in the summer of 1999, when this series was recorded. Kim is already carrying Rose by then, and this will show in the five episodes she'd recorded for the 8 episode series, broadcasted in January and February 2000.
In this first episode, presenter Carol Vorderman takes us to Northampton, where designers Ross Allan and Kim Wilde will redesign the gardens of two neighbours. Fans are treated to very untypical shots of Kim, at least, during the 20 years before. Kim is carrying toilets and other old junk out of the garden, working in the garden and seeking out the right plants to fit into her design.
It's Ross's design which wins this episode, however, making the owners of the garden eligible for winning the grand prize at the end of the series: a summerhouse worth £100,000. 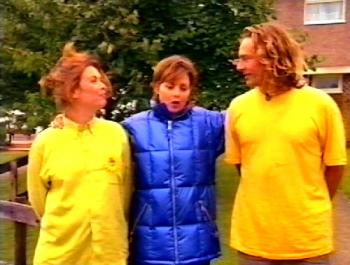 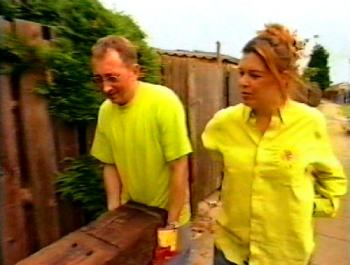 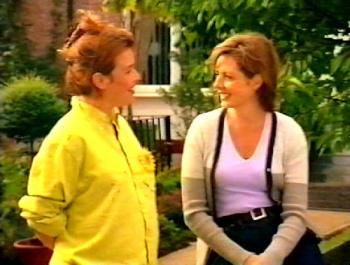 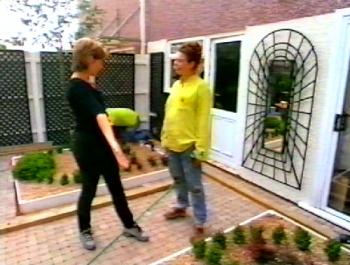 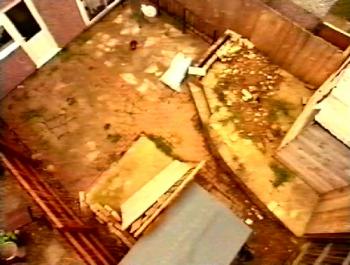 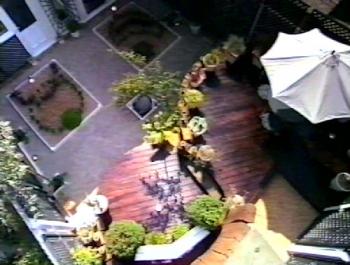 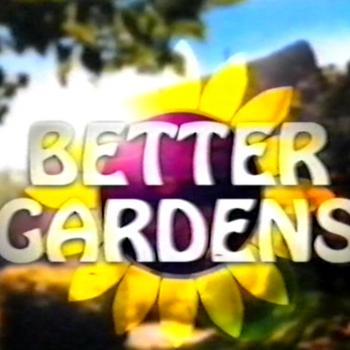 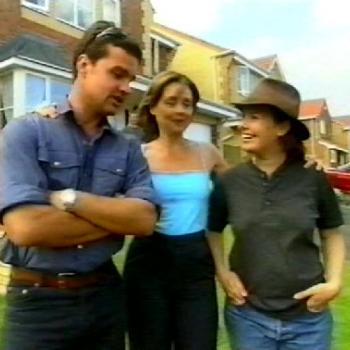 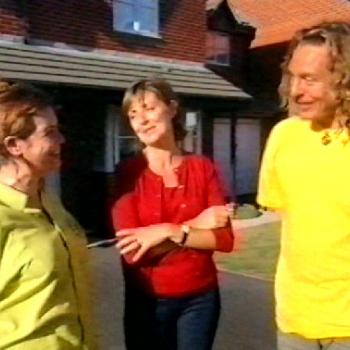 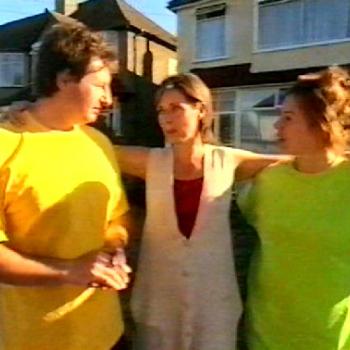 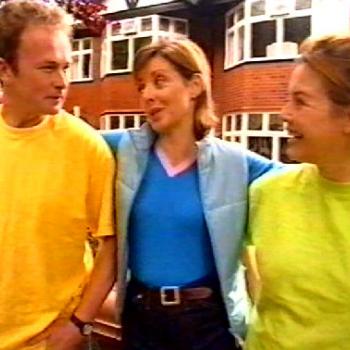